Everett is first up tonight in PIAA's 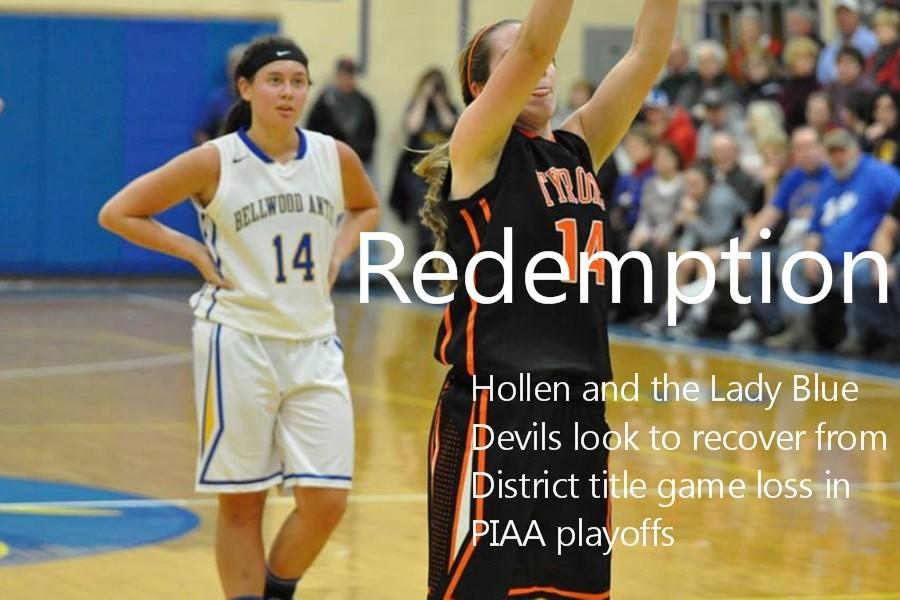 Losing to McCort was a tough pill to swallow, but the Lady Devils are now setting their sights on a bigger goal.

“I think it’s hard to understand how disappointing it truly is,” said senior Kelly Leamer. “The seniors don’t get another shot at what we worked so hard for.”

Senior Ana Hollen said they are going to take that loss to their advantage.  She said, “Take that sadness and turn it around into anger.  We have a chip on our shoulder right now, we’ll take this loss and learn from it.”

The Lady Blue Devils are getting prepared and are looking for redemption.  They may have lost the District 6 Championship, but their dream of becoming state champions is still alive.  To keep their dream alive, they have a lot to play for.

The first time these two teams met was in a Conference game on January 31. The Lady Blue Devils won with a final score of 74-54.

The second time these teams met was in a Tournament game for the ICC Championship Game on February 14.

The Lady Blue Devils know that they still need to work hard in order to win against Everett a third time.

Leamer said, “I think it’s hard only if you become complacent and expect to win without playing hard.”

“We know their game plan,” said Hollen. “As long as we go out and execute offensively and defensively we’ll come out on top.”

The Lady Blue Devils have some outstanding stats. They average 70 points per game.  Karson Swogger averages about 19 points and 5 rebounds per game.

Ana Hollen is another Lady Blue Devil to watch out for.  She averages between 17 and 18 points and 6 rebounds per game.

The Lady Warriors average about 54 points per game overall.  Kadie Morral is one to watch averaging about 14 points and 12 rebounds per game.

Although Morral seems to be the best, there are three other players that average about 8 points per game.  These players include Hannah Prather, Kristen Mills, and Sydney Reffner.

Whoever wins this state playoff game will continue on to face the winner of Burrell and Karns.