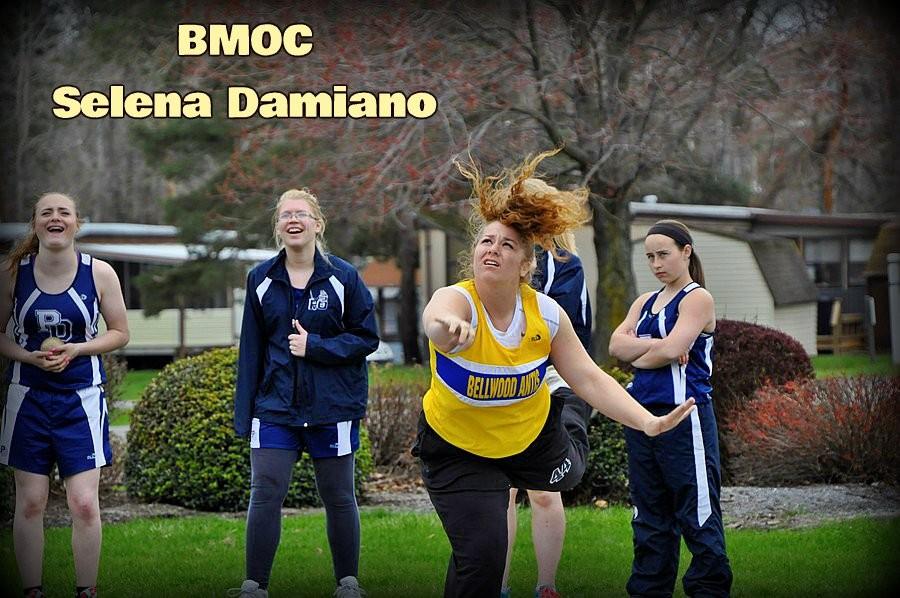 Track season is in full swing and the weather is only getting warmer. That’s good for Selena Damiano, who has already broken the shot put record twice this season despite a chilly start to the spring schedule.

Selena broke the record for girls shot put that previously was 34’9 ½ that was put in 33 years ago by Crindy Engle.

For her efforts Selena has been chosen as this month’s Big Man on Campus.

Breaking a record that had been put in place for 33 year is huge but for Selena that wasn’t enough. Following her first record-breaking throw she broke the record again in the same week.

With the help of her coach, Robin Campbell, her older sister Sam, and her dad, Selena was able to accomplish her goals.

“In other high school years, I didn’t have a lot of technique; I would just throw it. This year I’ve combined that with more technique and details on the little things,” she said.

Selena wants to go far with her hard work this season.

“I hope to win districts this year and I hope to move on to states and eventually at St. Francis,” she said.

Selena said perseverance is a huge key to succeeding in track.

“The advice I would give someone who is going to start throwing in field is don’t get discouraged. It takes a lot of time and work to get technique but the main thing is to have fun!” Selena said.