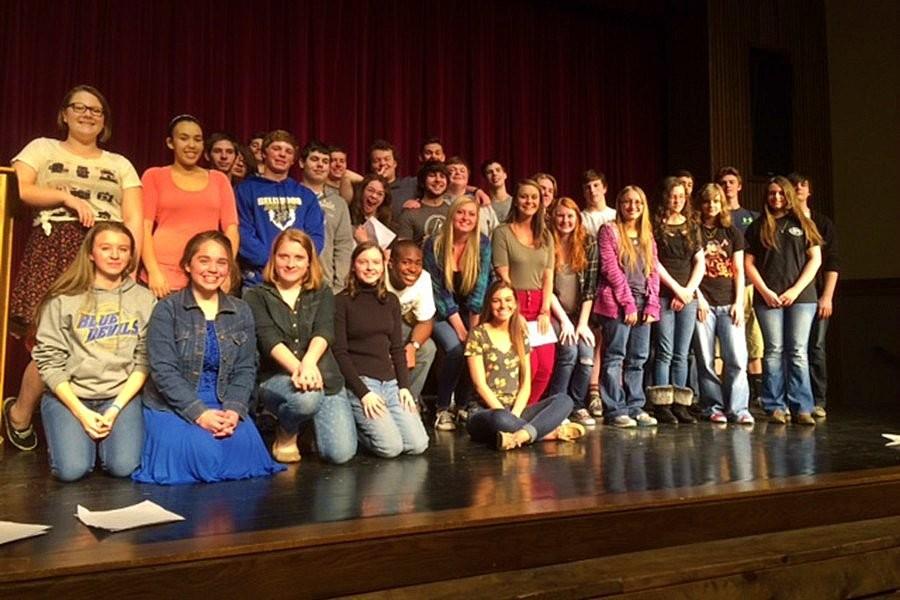 Nearly 40 students presented poems to the student body at the annual Poetry Slam.

The Poetry Slam of 2015 was held Friday morning April 24 and was a great success.

Senior Dallas Huff was the emcee for the slam for the second year in a row. He later delivered an emotional poem about the memories of his senior year.

Students submitted a poem to their English teacher to get into the slam, and more than thirty poets took the stage and read a poem from the following categories: Duo, Humorous, Love Poems, Nostalgia Poems, 10 Things Poems, or Miscellaneous.

The event started with a bang when the audience joined in for Tyson, Tyler and Ryan’s poem about Zack Mock.

Robert VanKirk’s poem on his love of cows, and Jeremy Wilson’s patriotic poem about his love for America were also crowd pleasers.

This year’s winner was junior Brande Robison. Second place went to Caroline Taylor while Zac Salomie finished third. Winners receive a gift card for Barnes and Nobles, made possible by a grant from the Bellwood-Antis School District Foundation.

At the end of the poetry slam the BluePrint staff surprised Mr. Naylor with a poem and a  video, making him feature teacher of the month.