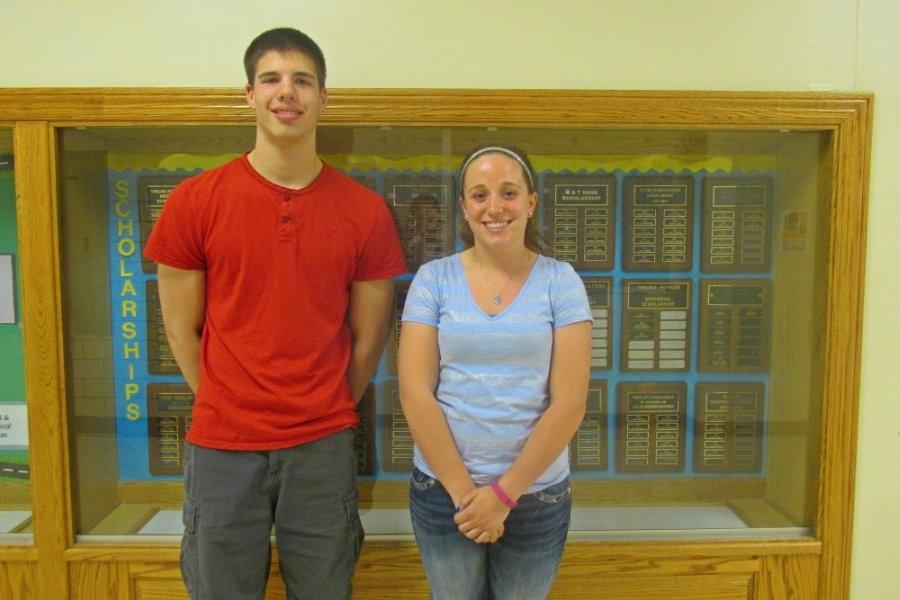 Jeremy Wilson and Jacqueline Finn Will address the Class of 2015 as Valedictorian and Salutatorian, respectively, at Commencement on June 5.

Bellwood-Antis has announced the Valedictorian and the Salutatorian for the 2015 graduating class.

The Valedictorian is Jeremy Wilson and the Salutatorian is Jaqueline Finn.

Commencement will take place on June 5. Both Wilson and Finn, along with Class President Dallas Huff, will speak.

Jeremy’s feelings about being the Valedictorian: “In a word, I would describe it as satisfying. The class of 2015 is filled with students who are highly intelligent and diligent about their work, which made for an extremely competitive race. I’m proud that I was able to achieve the high standards set by my peers and I recognize their contributions toward my success.

“To me, it’s the perfect culmination to four years of effort.”

Jaqueline was proud of her achievement as well.

“It means a lot to me because all of my hard work academically has paid off. My grades have always been very important to me, so it’s a real honor,” she said.

The guest speaker at Commencement will be Missy Tyler Lovrich, Mr. Nick Lovrich’s wife,  a 1990 B-A graduate who is the controller for Imler’s Poultry.