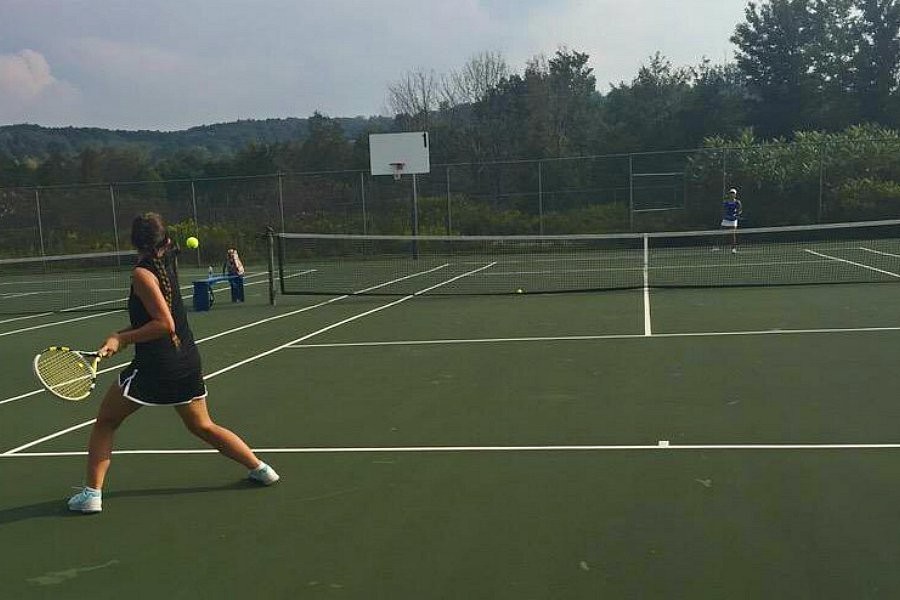 Tina Hollen won in straight sets Tuesday as the tennis team moved to 2-2.

On Tuesday the Tyrone/Bellwood-Antis girl’s co-op tennis team earned its second win to even out its record at 2-2. Sophomore Tina Hollen won her singles match in straight sets, 6-3 and 6-1 to remain undefeated in singles play.  The team also picked up a singles match win from Tyrone’s Marlena Wagner.

Hannah Klesius and Tina Hollen teamed up to win their doubles match 8-5.

When senior Hannah Klesius was asked how she felt on her doubles match victory she said, “I prefer the doubles matches over singles, so when we got the win I was thrilled.”

Marlena Wagner and Erica Voyzey also teamed up for a doubles match victory.