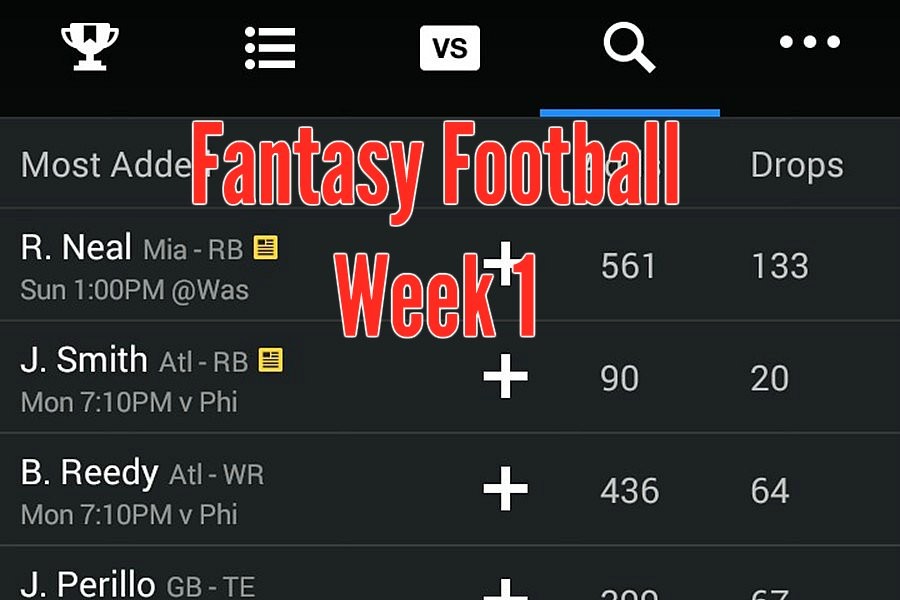 Find out the right combinations for your fantasy team.

With the NFL regular season starting up on Thursday, that only means one thing: Fantasy Football. A lot of people have difficulty deciding their starters for the week since no players have proven themselves yet this year in the regular season atmosphere. This story will help you choose your team and get you on the right track towards a successful fantasy season.

Quarterback: Other than your usual elite starting quarterbacks, there are a few surprises that could end up on a starting lineup. One player to have would be Dolphins signal-caller Ryan Tannehill. Projected at 18.70 points (according to ESPN’s standard scoring guidelines), he could make a big splash against a struggling Washington Redskins defense. Matt Ryan is another quarterback flying under the radar who should be started this week. The Falcons play the Eagles (who never have an outstanding defense) so this Monday should be a stat stuffer for Ryan.

Running Back:            This year has produced a lot of different versatile running backs, giving fantasy owners many different options. One runner to start this week would be Frank Gore of the Indianapolis Colts. The Colts have not had a running back of Gores’ caliber in close to 10 years, so it will be exciting to watch what the Colts do with Frank Gore this Sunday. C.J. Anderson is a quality starter this week, going up against a sub-par Baltimore defense. Expect big things from the Denver running game this weekend.

WR:     Though probably starting in all fantasy leagues, Antonio Brown will destroy the Patriots secondary this Thursday. He is projected at 16.73 points this week and should live up to the big expectations. The Dolphins Jarvis Landry is projected to have the most points out of fantasy receiver, with 17.87. He is a young wide receiver on the rise who should be desired on anyone’s team.

TE:       Unless you own Rob Gronkowski or Jimmy Graham, there aren’t any other reliable fantasy tight ends who have proven week after week they’re a top tier tight end.

Don’t Start:    Ben Roethlisberger isn’t someone who should crack that many starting lineups this week. He is missing his No. 2 receiver in Martavis Bryant due to a suspension for a drug violation. He won’t be able to throw to Antonio Brown every play because the Pats have an amazing secondary that will shut that down quick. Also, stay from Browns starting running back Isaiah Crowell. Though projected at 10+ points, he will struggle to obtain half of that, since running the ball behind an awful line like the Browns isn’t going to end soon.

Stay away from and Jets receivers. They don’t have a stable quarterback this year, so the receivers will not have any consistent fantasy weeks in the coming weeks.