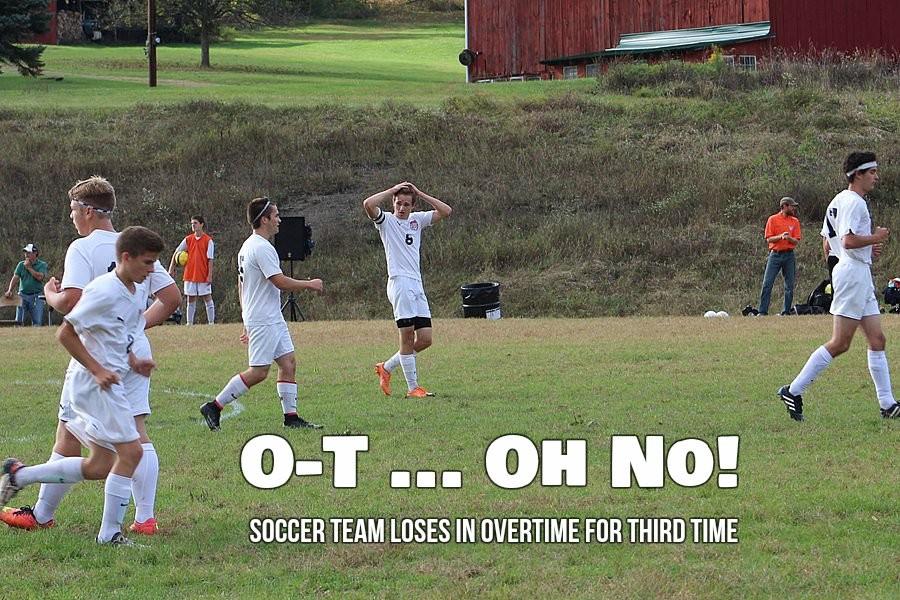 It was that kind of day for Noah D'Angelo and the boys soccer team against Penns Valley.

This continues the boys’ overtime woes dropping their record to 1-3 in overtime games and 5-5 overall.

The game was a shootout with a score of 4-3.

Noah D’Angelo had a hat trick including the goal to send the game to overtime and tie the game 3-3.

There was a very questionable non-call for roughing that led to the winning goal, which was scored by Austin Krise, with Tyrone/B-A coach Nick Miller receiving a red card for arguing the call.

It was a closely contested game throughout and it could have gone either way.  The boys’ next game is at home against Quad-A Altoona, which could prove to be a very important game for the team and its playoff hopes.