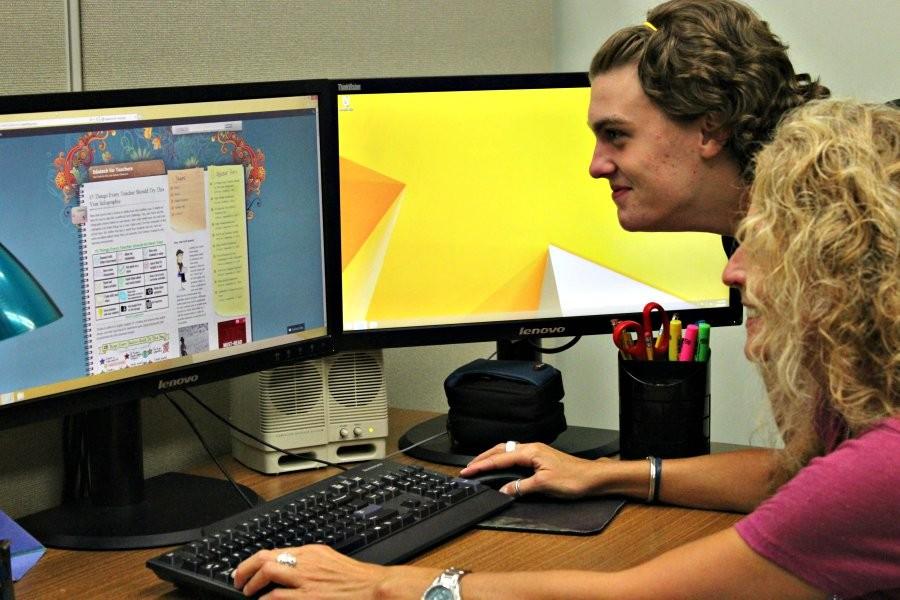 Ms. Jamie Forshey, amiddle school teacher at Bellwood-Antis, is one of a growing number of B-A alums who run their own blog. Hers in on education and technology.

Last summer Madi Steinbauer had to face the biggest challenge for a teenager.

It occurred soon after high school when she had to adapt to the college lifestyle. Stepping into this new chapter of her life brought many new challenges. She had broader expectations and had to make new friends.

Madi admits that as a senior in high school she did not have many friends from her graduating class, but she did have many underclassmen friends. She thought of them as her true friends, and it was hard to say goodbye to such meaningful people.

This change was very overwhelming and stressful. Madi had no way or to express her emotions or how she felt.

Until one day she thought of a solution:

“I was just sitting by myself and started talking out loud. I realized that if speaking could get things off my chest, writing may do the same.” said Madi, a PSU student.

This is when Madi decided to start her own blog.

A blog is defined as a regularly updated website or web page, typically one run by an individual or small group that is written in an informal or conversational style.

Several Bellwood-Antis Alumni are currently maintaining blogs for a variety of reasons but a lot of it has to do with expressing complex feelings.

“My blog, ‘thatblondemom,’ was inspired actually by other blogs,” said Tabi Melhorn, a mom that lives in Philipsburg. Tabi, a former editor of the BluePrint, graduated from B-A in 2011 and was married in 2012.

“I was a young woman with a baby on the way and was reading all of this terrible advice on the Internet! So I decided I would be a voice for the young moms.”

Another Bellwood-Antis Alumnus decided to blog not only for her personal reasons, but also because it is relevant to her job.

Rachael Albright, Class of 2008, joined the Peace Corps last summer and updates family and friends with her blog.

“While I was in the application process for the Peace Corps, I spent a lot of time reading volunteer blogs from all around the world,” she said. “Blogging is a great way to keep family and friends updated on my life now that I am serving in Swaziland, Southern Africa. Additionally, it helps me and other members of the Peace Corps accomplish one of the three main goals: To promote a better understanding of the other cultures on the part of Americans.”

Blogging can be very personally rewarding.

Angela Taylor ran a blog as a part of an initiative at St. Francis University starting in 2013.

Taylor, who was the 2012 BAHS valedictorian, said:

“I think the biggest benefit of blogging is that it gives me a way to process through things that happen and share my thoughts with other people.”

Others agree with Angela Taylor; Melhorn said, “The benefits of blogging, for me, are mainly therapeutic. It keeps me positive and honest about my life.”

The BluePrint will be giving a wider voice to these and other alumni bloggers in our new blog section, which will also include staff bloggers.