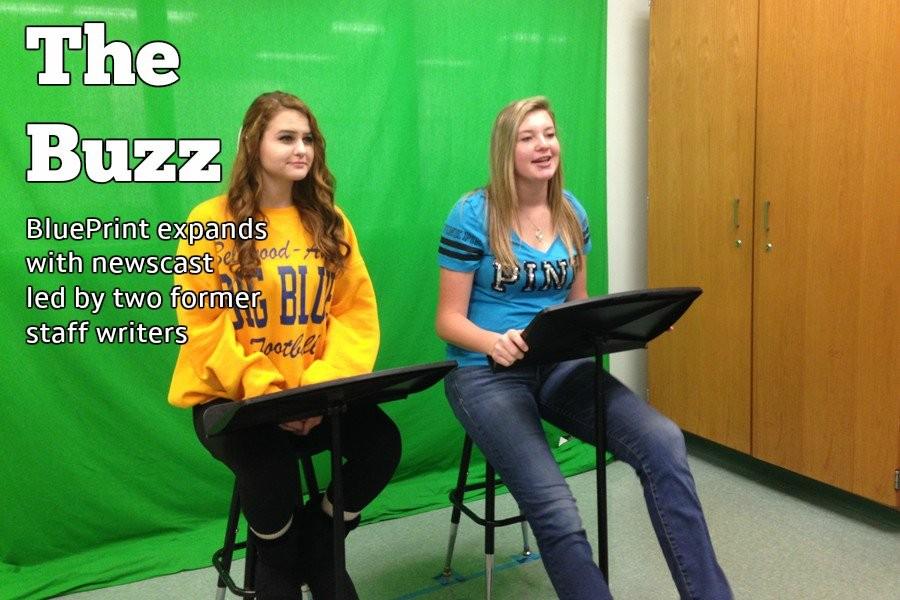 When BA adjusted the schedule before the year, seniors Emilee Astore and Edyn Convery learned that they would no longer be able to fit BluePrint into their schedule.  This led to a great deal of disappointment for the two girls.

“I wanted to be a part of BluePrint because I’ve been in BluePrint since my freshman year.  I really enjoy meeting new people each year and being able to work with Mr. Naylor,” explained Emilee.

Edyn then said, “BluePrint helps me enjoy school more and have fun while writing stories and taking pictures, so I was very disappointed.”

The girls weren’t the only ones disappointed though.  When BluePrint adviser Mr. Kerry Naylor learned of the news, he too was upset.

“I was really disappointed when I found out Emille and Edyn couldn’t take BluePrint.  Em has been in the class since she was a freshman and both of them were big parts of us being named a distinguished site last year.”

With that being said, the girls were able to schedule Multimedia fourth period with Ms. Jaime Forshey.  Mr. Naylor and the girls saw an opportunity with this and Ms. Forshey allowed them to take advantage of it.

“Ms. Forshey and I discussed them taking multi-media and we knew we could take their talents and interest in BluePrint and do something special,” said Mr. Naylor.  “We’ve tried to make video a bigger part of our site and this was an opportunity to take it to another level.”

After talking with Mr. Naylor, Ms. Forshey allowed the two girls to use her class period to do BluePrint work.  With this period the girls decided to do the newscasts, which have grown into the BluePrint Buzz, the websites weekly newscast.

Last year, the BluePrint tried to have newscasts with juniors Sawyer Kline and Makayla Carles but it was very hard to do because the students did not have a period to make the videos and had to make them only when they had free time.

However, this year the videos are off to a nice start and everyone is pleased with them. In fact, the videos are getting more and more popular each week.  Even with this success, the two are expecting to get better.

Mr. Naylor is also excited to watch the girls improve, saying, “They’re getting better every week.  Even though their broadcasts are part of a class they’re still basically doing it on their own.  I watch it and make suggestions.  Two big things they’re working on now are adding personality to the broadcast and developing a better outro.”

Be sure to watch the BluePrint Buzz this Friday when the girls release their next newscast.