Featured Alumni: Hannah Cherry is growing in the military 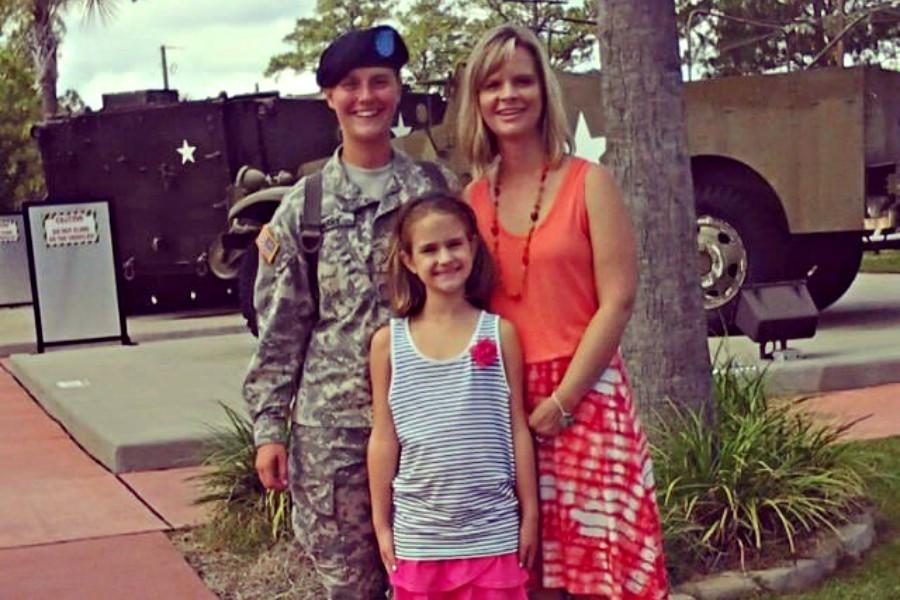 Hannah Cherry with her mother and sister after graduating from Basic Training.

Veteran’s Day has come and gone, and we again reflect on what all that the men and women in uniform do for us. One of Bellwood’s own, Hannah Cherry, will be graduating from United States Army basic training on November 12, in Fort Jackson, South Carolina.

Hannah just recently graduated from BAHS this past June, and she is already on the path to great things.

“My life has pretty much done a complete 180 since I got here,” she related. “Basic(training) was probably the most mentally and physically challenging thing I have ever had to go through.”

As expected, Hannah has had drill sergeants that have been extremely intense.

“Yeah they’ve broken us down, worked our bodies non-stop, and kept us mentally on edge,” she said. “The work-load is tough sometimes; we spend literally everyday outside from 4:30 A.M. to 8:00 P.M.

“I gained some new skills like handling and shooting firearms, basic combat survival, how to treat battle wounds, and even how to throw live hand grenades!”

It has been tough, but Hannah said she wouldn’t change anything.

“I honestly don’t regret anything from basic though,” Hannah said. “It was so cool to meet all the people from around the world that I did, the satisfaction of making it through training also made it worth it!”

After basic training, Hannah transferred across base to AIT (Advanced Individual Training) where she is working on her specialized area of duty.

“AIT has been a blast,” she commented. “This is basically my schooling for what I will be doing in the military.

“I just finished my final today and am officially a human resources specialist!”

Hannah said that the Army is sending her to South Korea in a month’s time.

“I’m definitely nervous, but I’m excited at the same time,” she said. “It’ll probably be a bit of a culture shock, but I’m going to stay open-minded!  I’m also in the process of enrolling on online schooling to start in the spring; I’d like to get a degree to back my job here in the Army.”

As anyone would, Hannah does miss her friends and family back here in PA.

“I try to keep in contact with them as much as possible, but I also think this has forced me to grow up pretty quickly,” she explained. “My time here has made learn to think for myself and be more disciplined and responsible.”

When asked whether or not she views Veteran’s Day any differently now, she said that she views it in a much more meaningful way.

“I take a lot of pride in my uniform and for the men and women who stand beside me,” Hannah said proudly. “I never really gave much credit to our military till I got to see in person how much they really do and sacrifice for us to live in the country we do.”