Buck season opens with some success for B-A students, faculty 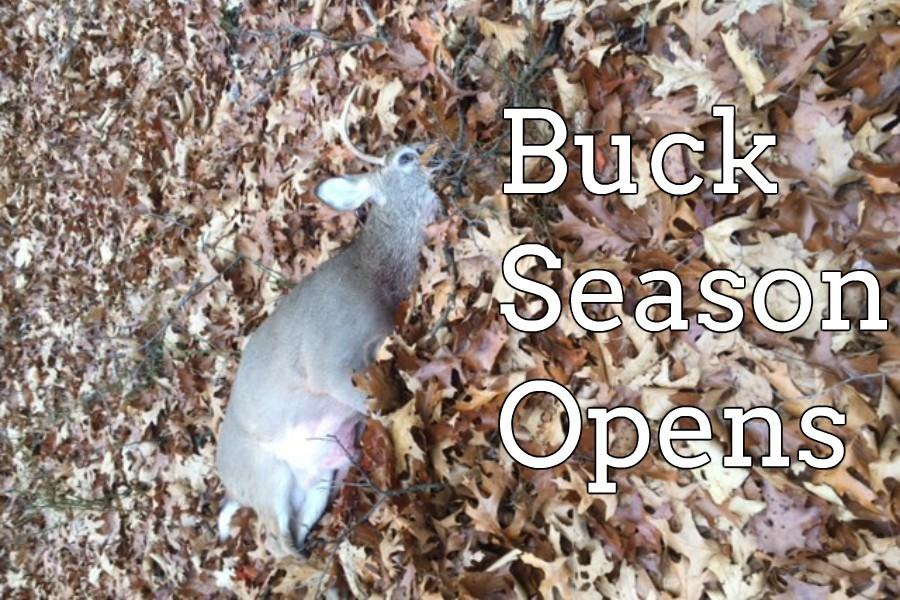 Yesterday was the opening day of Buck season here in PA, and as expected, a lot of students and teachers from Bellwood-Antis participated.

Success was mixed on what has been reported as a slow day across the commonwealth for hunters.

Kasey McClellan was hunting near Bell-Tip road with his dad when he hit his deer.

The morning started off wet, foggy, and chilly; this weather persisted for most of the day throughout the region.  The lack of snow on the ground definitely had an effect on the tracking of deer.

Freshman Trenton Gonder got his buck around 11 a.m., and although he’s usually able get a deer most years, this was the first time he got his deer on opening day.

Classmates Chris Friedenberger and Jordan Moore weren’t quite as lucky, missing their deer early in the morning.

It was more of the same for Andrew Hale, who only saw two doe and didn’t get to take a shot all day.

Senior Jake Burch saw quite a few deer, but nothing he could get a good look at.

“I saw like 18 doe or something around there,” he said.  “But there was nothing I could shoot at.”

B-A’s staff also got out for the start of the season.

“It was about 7:20 and he came in following two doe,” Crowell recalled.  “It turned broadside about 100 yards away and I got a decent shot.”

Mr. Crowell took the deer from some of his property in Clearfield County.

Others weren’t as lucky.

“I saw two bucks and five bear,” said Mr. McNaul.  “There was a mother with four cubs so that was neat to see.”

Mr. McMinn and Mr. Burch were also skunked, only seeing a few doe each.