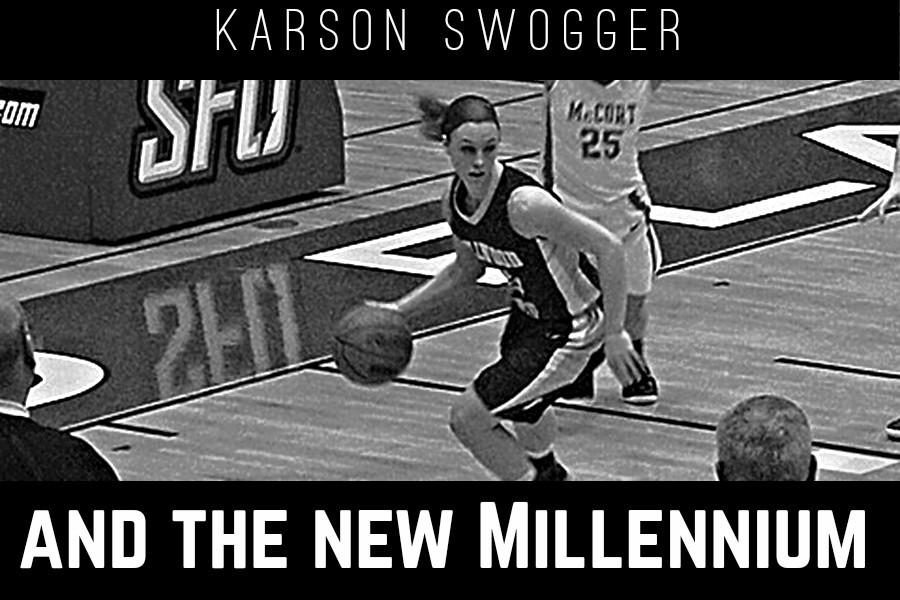 If you go to Bellwood-Antis and your last name is Swogger big things are expected of you out on the basketball court.  When it comes to junior Karson Swogger she lives up to these expectations and even exceeds them.

Swogger has played just two games this season, but in her first game she scored her thousandth point making her one of ten Bellwood-Antis Lady Blue Devils to do so.

“It felt amazing to score my thousandth point and I wouldn’t have been able to do it without my teammates,” said Karson Swogger.

In her first two years as a varsity player she scored 996 points (434 as a freshman and 563 as a sophomore).  So far this season she has scored 65 points and even broken the single game scoring record when she netted 38 against Bradford to break a 25-year old record held by Jennifer (Hunter) Hale.

“Karson, from a coaching standpoint, is a once in a lifetime player.  She works very hard in the summer to make sure she is at the top of her game.  Karson has been a pleasure and a dream to coach,” said girls basketball coach Jim Swaney.

As of right now Karson has the ninth most points in school history with 1,061 points.  If her scoring pattern follows that of her freshman and sophomore year she will likely break the school scoring record of 1,631 points that was set by Kathy Geis in 1990.

“I’ve been playing with Karson since third grade and we played on the same AAU team my freshman year.  She’s a great teammate and I know she always has my back,” said Caroline Showalter.

Beyond the points, the victories, and the records, Swaney feels Karson’s best attribute is her character, saying, “The best thing I can ever say about Karson Swogger is that no matter how good she gets in this game, she is a better person than player.”