Huffing and puffing on the court 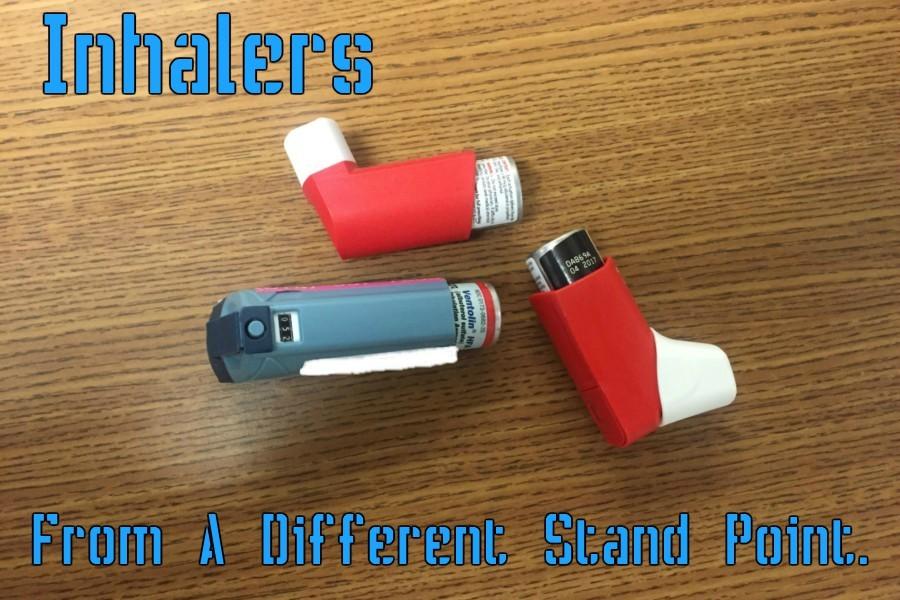 Asthma is a factor in sports.

Freshman Kara Engle, a member of the Bellwood-Antis girls’ basketball team, has asthma, and has suffered a bad asthma attack.

“It’s really scary, but you can’t panic because if you do it makes it harder to breath.  It also burns really bad,” said Kara.

Kara’s worst asthma attack was when she was in elementary school.  She was sitting in class and it became very hard to breathe.  She asked her teacher to go to the nurse, and when she did it escalated, to the point that she had to go to the hospital.

At the hospital the doctors gave her oxygen so she could get her breathing regulated.  They also took a lot of blood, Kara said.

She actually ended up staying in the hospital for two days.

Kara now plays basketball with asthma and does pretty well, but when she started out it was hard.

“It’s hard to play with it, but over the years it has gotten easier because basketball makes my lungs stronger,” she said.

Asthma is a respiratory condition marked by spasms in the bronchi of the lungs, causing difficulty in breathing.  Asthma usually happens because of an allergic reaction or other forms of hypersensitivity.

What happens during an asthma attack?  When it occurs, the muscles that surround the bronchial tubes constrict, which narrow the air passages and make it extremely harder to breath.  These attacks can be scary.

Coaches at Bellwood-Antis have to deal with the frightening nature of asthma, as well.  It’s a difficult balancing act to ask to full effort and still be sensitive to a player’s medical needs.

For example, if asthma doesn’t hold them back, how does a coach handle it? It starts with awareness.

According to Brent Hughes, junior high basketball coach and the middle school gym teacher, “I already know if a kid has asthma because of my records from gym class.  Also I send a survey home to parents, so they can tell me if their child has asthma.”

There are a couple things Mr. Hughes does when a child on his team has asthma.

“We ask the parents to have an inhaler with us at all times,” he said.  “Also, if a child has an asthma attack we go to an emergency protocol.  First to the nurse, and if she isn’t available we get the trainer.  If it gets too severe we will call the player’s parent to make a decision of what they want to do, and if they want the player to go to the ER.”

“Players need to be honest with themselves and me.  They should try to monitor themselves, and if they need to come off the court during practice they can,” Swaney said.

While coaching at Tyrone, Coach Swaney had a player by the name of Brandi Sanford in the late 1980’s.  She had very bad asthma and it affected her worse when the gym was cold.

“When the gym was cold we had to be extra careful with her.  We had to make sure she had her inhaler with her at all times,” he said.  “Most people who have asthma have had it since birth, so they can learn to control their breathing.”

Athletic trainer Jesse Glass does has his own method of dealing with asthmatics.

“You have to keep them calm, because they get scared,” he said.  “We have to get their breathing under control, so I tell them to breath in their nose and out their mouth in a controlled sequence.  If they need to use their inhaler to control it, we will do that too.  If they can’t control it, then they’ll have to go to the emergency room.  The last thing you want them to do is pass out.”