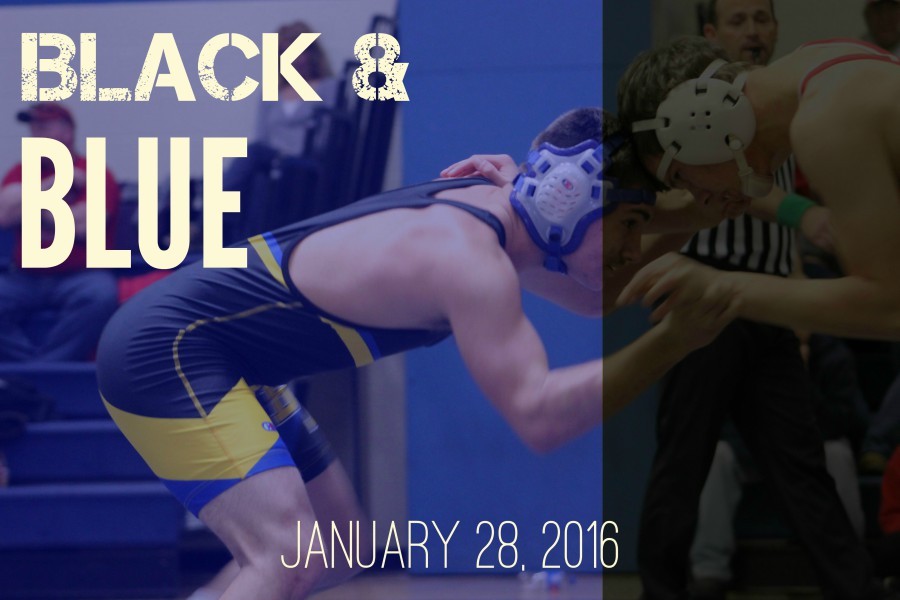 Support our United States veterans and our wrestlers at the Black and Blue match January 28.

On January 28, the Bellwood-Antis will travel to Tyrone for the first ever “Black & Blue Match”.

“The coach from Tyrone (Mike Cherry) and his wife (Suzanne Cherry) approached me about doing this benefit for the Wounded Warrior project,” said Wilson.

Coach Wilson then added why this is the perfect day for wrestling fans, as there will be a lot of action throughout the day.

“We will be wrestling 3 matches that evening. There will be an elementary dual meet between Bellwood and Tyrone  in addition to the normal junior high and varsity matches,” Wilson explained. “We are hoping to have a large crowd at the match.  Both programs have a lot of interest at the junior high and elementary levels, and we are excited to let them compete in front of a large crowd.”

The wrestlers are also very excited to compete in this match.

Junior wrestler Ryan Kerns said, “It is exciting because of the fact that it is Tyrone, but the Black and Blue aspect makes this match so much more special because it raises money and awareness for a good cause.”

Coach Wilson also added that both programs would like to see the Black and Blue match become an annual event.

Be sure to support a great cause and get a very nicely designed shirt by getting your money to a wrestler you know.