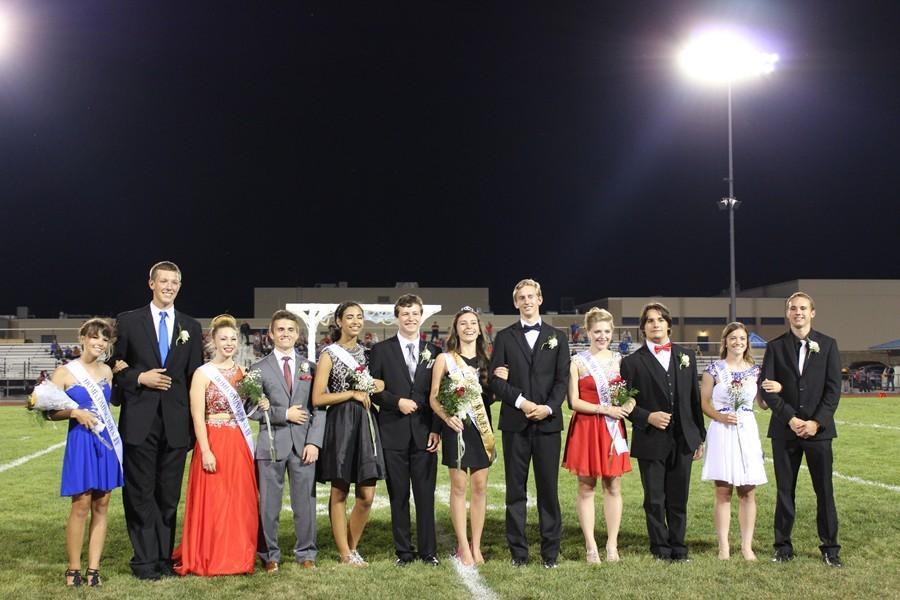 Members of the 2015 Homecoming Court .

Beginning September 14 and running through September 18, the Bellwood-Antis School District celebrated its annual Homecoming week, culminated by the crowning of senior Marissa McFarland as Homecoming Queen at halftime of B-A’s football game against West Branch.

Throughout the week, Homecoming court participants ran through a series of interviews with the BluePrint staff, participated in the traditional skit night, and took part in the Homecoming parade.

Last year’s queen Paige Padula was present at the Homecoming game to pass on her crown and dub Marissa the new queen.