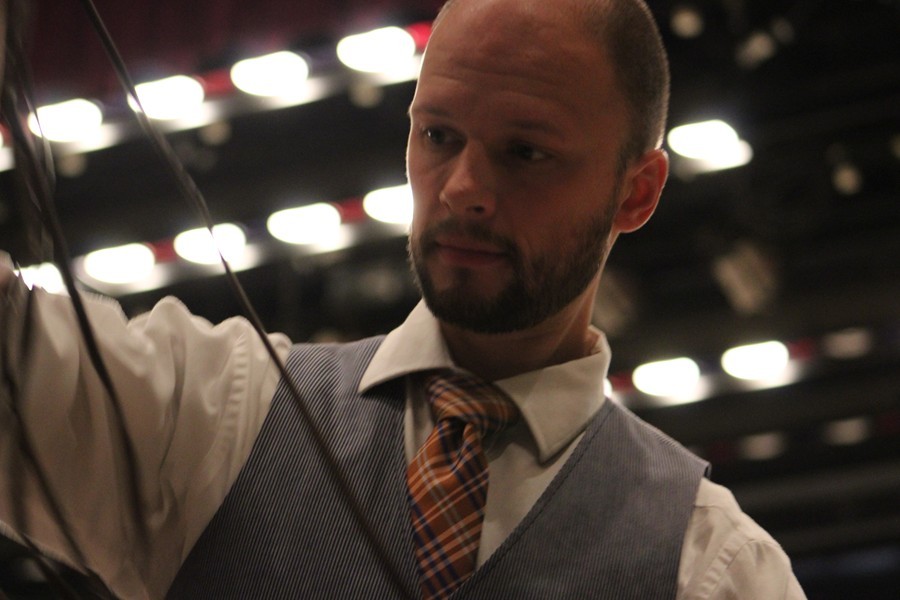 Mr. Sachse has been at work for months preparing to host District Band.

Band Director Mr. Patrick Sachse is a hard-working individual who helps his students achieve.  And with the PMEA District 6 Band Festival coming up, he is working around the clock to prepare his group for the competition.

The concert will start at 7 p.m. tomorrow, and Mr. Sachse and Bellwood-Antis High School are playing host.

So along with working his students, Mr. Sachse has had to coordinate classrooms for auditions, reserve rooms at the new Days Inn in Pinecroft for around 100 students, and a lot of other behind-the-scenes work.

Although Mr. Sachse has conducted county competitions before, he hasn’t run something of this magnitude.

“District band stretches over four counties(Blair, Bedford, Cambria, and Somerset),” Sachse said.  “Thirty-five schools and 150 students will be participating in it.”

“We’ve been trying to help Mr. Sachse out as much as possible these past few weeks,” Logan said.  “We’ve been mailing out music to all the schools, organizing the awards for the competition, and a bunch of other small jobs.”

Logan says it’s an honor to compete once again in District Band.

“I just really hope I can improve my performance from last year,” he grinned.  “That would be a success for me.”

Thursday is the big rehearsal day for all of the students, and it will last almost 12 hours, according to Mr. Sachse.

Band members will have the opportunity to work under the guidance of Carter Biggers, director of the Penn State University Blue Band.

”Hopefully we can catch our second wind on Friday and put on a great show; I’d like it if we could put two of our five students into Regionals,” Sachse added.