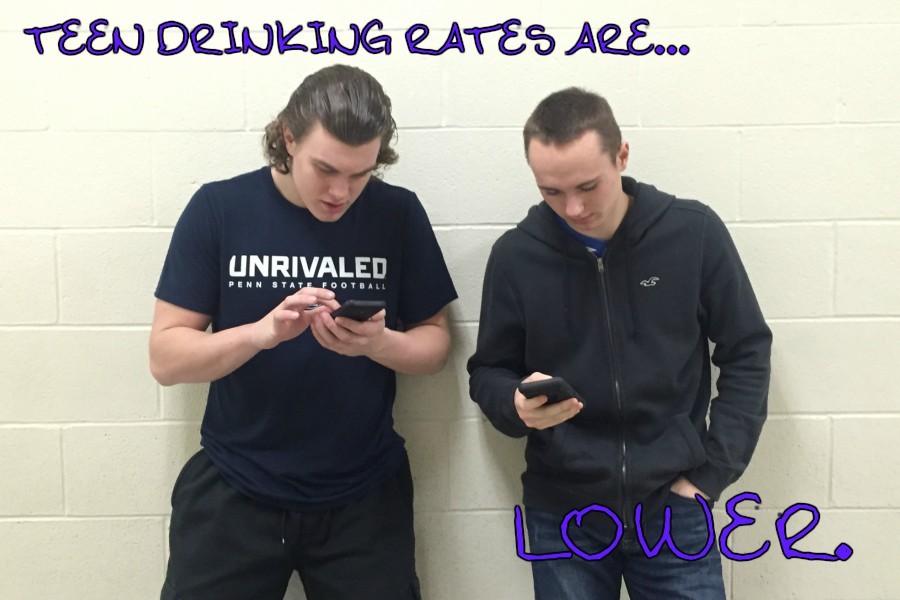 Social Media may be affecting teen drinking rates in a positive way.

Did you know teen drinking and smoking rates are actually lower?

After interviewing numerous amounts of students the drinking, drug, and tobacco use rates have lowered, they responded in different ways.

According to numerous sources such as, US News, the drinking rate of teens is actually lowered.

Recently, the Substance Abuse and Mental Health Services Administration shows that teens are drinking and smoking less, and reducing their use of prescription painkillers.

Teen pregnancy is also down as well.

“There has been good awareness promoted among schools and medical communities about the dangers of use,” Dr. Chanelle A. Coble-Sadaphal, assistant professor of pediatrics at NYU Langone Medical Centeraving told US News. “Having a good national curriculum is one way that we’re getting this consistent message across.”

Most people would think that teens are out late nights smoking and drinking at parties like it’s no big deal.  Research shows they’re actually getting involved in sports, and chilling at home.

Some people believe that  the “Internet Generation” has been highly affected by social media. That  and smartphones are actually impacting these risky behaviors according to US News.

There are also downsides.

A British government study on teens in England discovered that despite declining rates of drug, alcohol, tobacco use, and pregnancy rates, teens were also more likely to engage in self-harm, have an eating disorder, and not get enough sleep.  The researchers of this study say that the internet gives parents more monitoring power, but these kids are more subject to cyber bullying.

Some teens are skeptical that risky behavior is down.