Dehydration is an issue at school

Most kids are under-hydrated; school policy could be making it worse 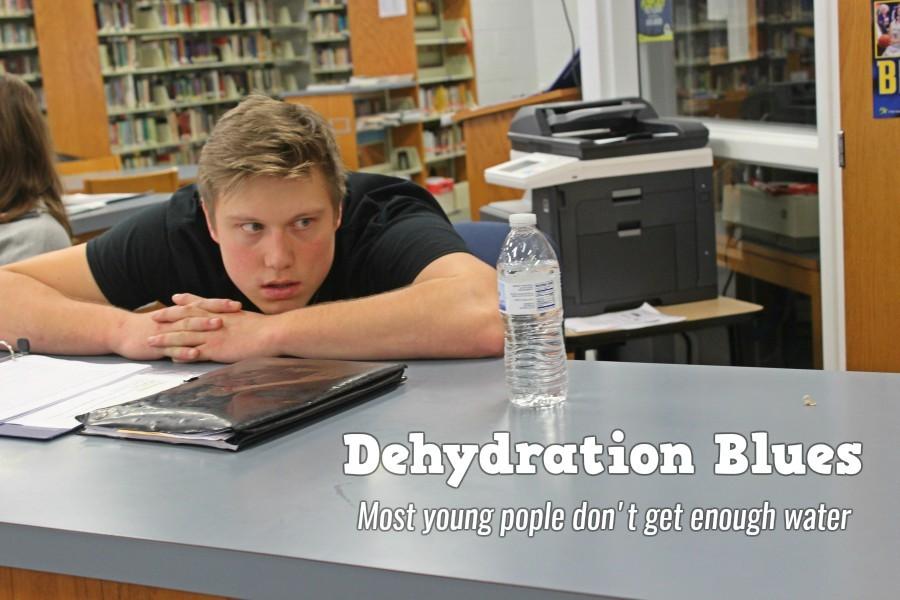 Sawyer Kline would like to relieve his thirst, but school policy says no water bottles in school.

A new school rule that was introduced this year at Bellwood-Antis may be contributing to the dehydration epidemic found in American adolescents.

The rule does not allow any students to bring a water bottle to school.

Though “mild”, any form of dehydration is nothing to play with. Even mild dehydration can affect children’s fatigue levels, mood, and even their ability to learn.

Another study, which was conducted by a Harvard scientist concluded that one out of four children aged between 6 and 19 do not drink any water as part of their daily fluid intake.

High school principal Mr. Richard Schreier fears that if students were able to bring water bottles from home that they would bring banned substances to the school.

“The biggest concern we have is that students would put alcohol or caffeine in their water bottles,” said  B-A Principal Mr. Richard Schreier.

With this rule implemented it appears to be almost impossible for students to drink enough water per day, when considering factors such as the number of students that attend the high school, the number of water fountains available to students, and the time students get in-between classes.

Mr. Schreier recommends that students take advantage of all opportunities to stay as hydrated as they can.

“The best options would be hydrate before school, take advantage of breakfast and lunch, and periodically stop at the water fountain especially after gym class.”

Those students who happen to participate in sports are recommended to drink more water per day and for activities that last an hour or longer an electrolyte infused beverage could be very beneficial. It is highly suggested that for every one pound adolescents loose they should drink an additional 2 cups of water.