Athlete of the Week: Nathan Davis 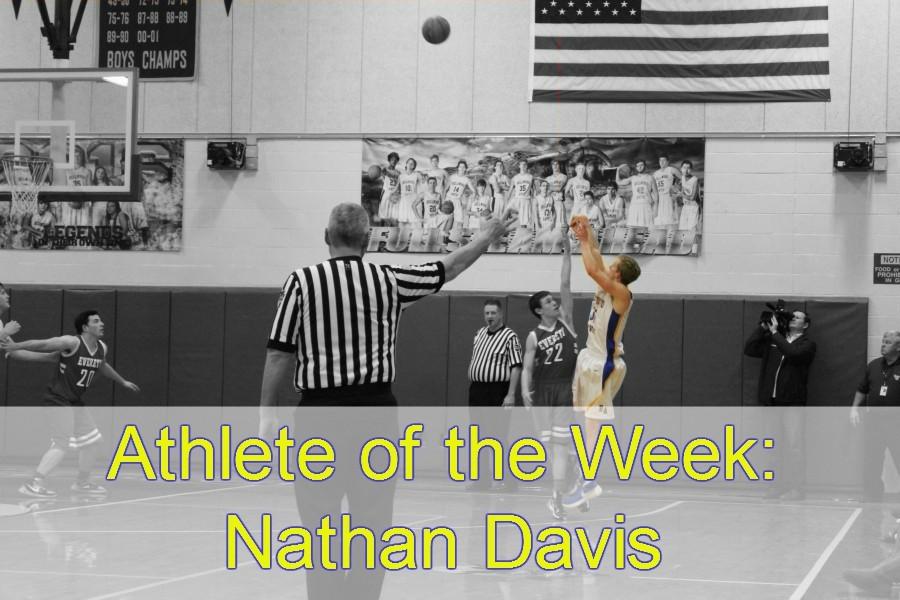 Senior Nathan Davis is well known on the basketball court.

He averages 21 points per game, 4 assists, 7 rebounds and 3 steals.

This year Davis broke the Bellwood-Antis record for most points in a career, passing up his coach, Brent Gerwert, who finished with 1,647 points from 1993-1997.

Davis broke the record in January at a home game against Everett during the third quarter.

Nathan is still rolling with the season racking up more points.

Stay tuned to the BluePrint to see how many points Davis will end up with during his senior season.

The boys next game is tonight at home against the Glendale Vikings.

BluePrint: How did you get involved with basketball?

Davis: I was born in Indiana. Which is a huge basketball state. My family also loves the sport.

BluePrint: What position do you play?

BluePrint: What’s your favorite thing about the sport?

Davis: Friendships made and winning.

BluePrint: How do you plan to improve from last season as an individual? As a team?

Davis: Be the most efficient player as possible and affect the game positively starting with the defensive end. Win districts.

BluePrint: What aspect of your game did you work on most in the off-season?

BluePrint: What’s your best achievement so far this year?

Davis: I broke the record for points at my school, but the win over West Branch was bigger!

BluePrint: What was the main cause of your win last week over West Branch?

Davis: I played with a confidence I didn’t have at the last game. We were all focused for the 32 minutes.

BluePrint: How do you predict the rest of your season will go?

BluePrint: Are you excited to play college basketball alongside your brother Seton Hill?

Davis: Yes, I’m very excited for the opportunity to play at the next level. Doing it with my brother will make it even more special.