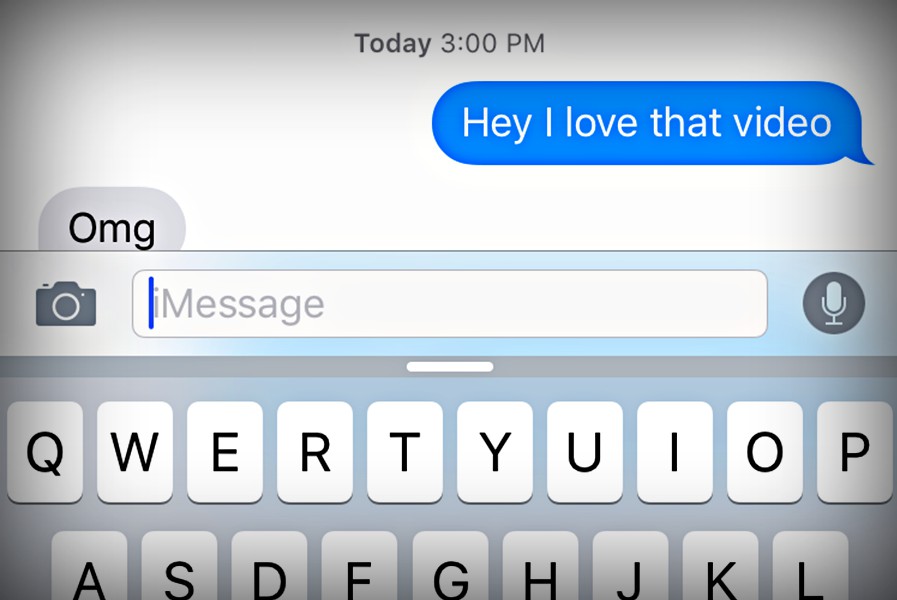 Texting is fun, but texting for extended periods at night can disrupt sleep patterns.

These notifications are popping up on teen’s devices more and more frequently.  Kids stay up into the early hours of the morning texting and starring at their screens.

These late-night activities, known as vamping, are having a serious effect on teen’s sleep.  Having said that, a lot of people don’t understand how important sleep is for a teenager.  It has an effect on a student’s ability to pay attention in school as well as perform well on tests.

Senior Jake Burch, who says he usually gets to bed around 10:30 P.M., is quite tired at the beginning of his school day.

“Kids are sluggish and unmotivated in the mornings because of sleep deprivation,” Burch said.  ‘Even I take a while to wake up at the start of the day.”

Senior Kala Wooten says she usually goes to sleep around 11:00.

“I’m so tired when I get to school,” she said with a yawn.  “Students definitely can’t perform to the best of their abilities when they stay up so late.”

“If kids would put their phones away at a set time,” Wooten went on to say,  “I think it would help them get a lot more sleep.”

The crazy thing is, Jake’s 10:30 and Kala’s 11:30 bedtime really aren’t that late compared to other student’s.

The culprit for these reduced sleeping hours is, hands down, cell phones. Studies have shown that cell phones and all other blue light-emitting electronic devices affect a person’s sleep patterns when used within 90 minutes of going to bed.

“After a game I’m not ready for bed until around 11,” she explained.  “Then I get on my phone for about an hour; it takes an extra 30 minutes to fall asleep after I finally put down my phone.”

The average time to fall asleep once lights are out is only 7 minutes.  It appears cell phone usage before lights out is affecting this.

Fellow teammate Shayla Branstetter believes she has a hard time getting to sleep because she is so hyper at night, but admits that her cell phone could play a role in her lack of sleep.

“I only got 4 hours of sleep last night,” she laughed.

“I almost always spend 2 hours on my phone before bed,” she commented.

Students lay in their bed and stare at their screens because, well, they can.

Physics teacher Mrs. Alice Flarend has a rule in her household to reduce cell phone usage at night.

“The rule goes for me as well,” she explained.  “Cell phones are to be left in the kitchen at night before we go to bed.”

So what’s more important?  Finishing one last game of Angry Birds, or getting the proper rest you need?

The answer should be obvious.