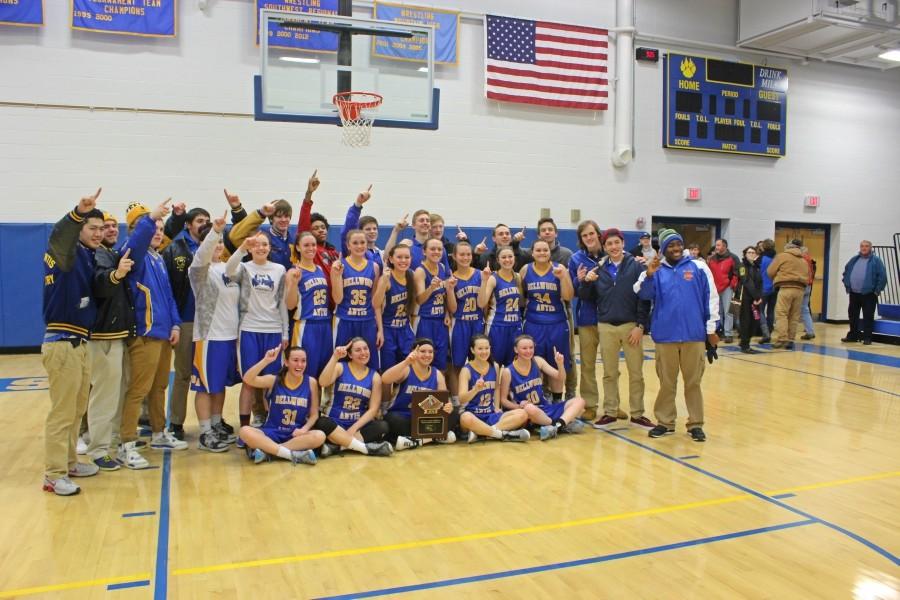 B-A’s boys and girls completed an ICC sweep for the fist time since 2013.

Both teams rally from early deficits for big wins

The Bellwood-Antis boys and girls basketball teams completed an ICC sweep Saturday, taking home the championship trophies with back to back wins at Claysburg-Kimmel High School.

The Last time both B-A teams won the championship game on ICC weekend was 2013.

The Blue Devils kicked things off, and after falling behind by double-digits early rallied to defeat Southern Fulton 60-45. Nathan Davis led the team with 36 points. The win avenged an ICC championship loss to the Indians a year ago.

In the nightcap, the Lady Blue Devils rallied after trailing in the first quarter to win 59-52 over Everett. Karson Swogger led the Lady Devils with a game-high 31 points.

The win evened the season record between B-A and Everett. The Lady Warriors toppled Bellw00d-Antis in December.

The Blue Devils improved to 21-2, while the Lady Devils raised their record to 19-4. 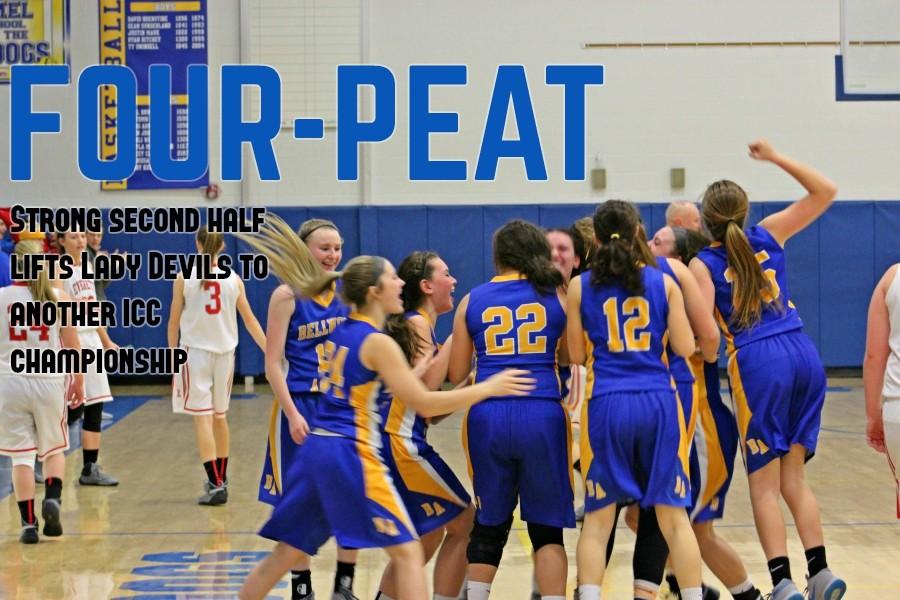 Winning championships didn’t seem to get old for the Lady Blue Devils.

In the bottom half of the ICC championship double-header Saturday in Claysburg, the Bellwood-Antis girls’ played an Everett squad that they lost to earlier this season. However, all records turn to 0-0 after the regular season, so Bellwood forgot its loss and played inspired. 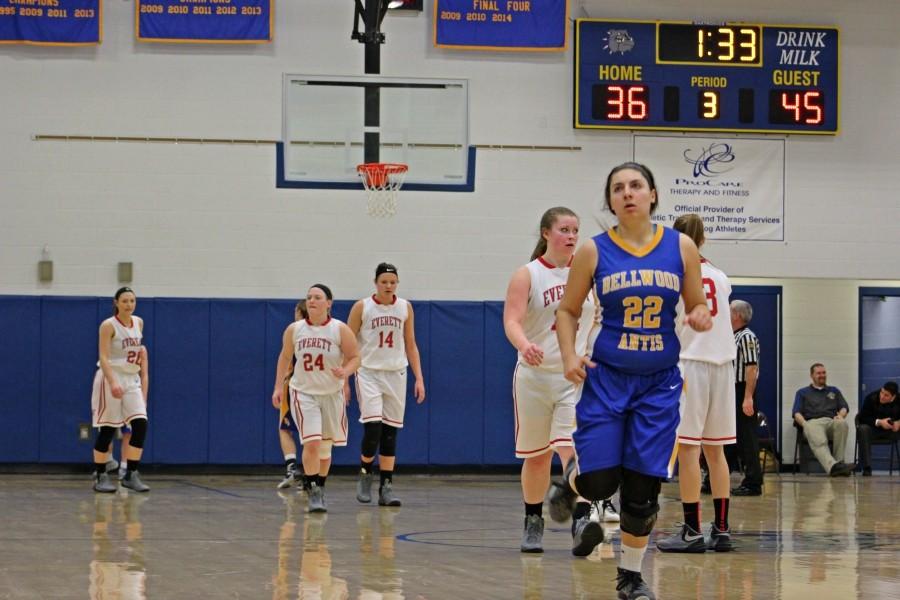 Getting strong offense from secondary scorers in the second half and hitting its free throws down the stretch, Bellwood won the ICC Championship 59-52.

Coach Swaney was happy with his team’s performance.

“Winning the ICC this year is very special. Winning the North was not as definite as it has been in the past few years and Everett is by far the best team we have played for the ICC championship,” he said.

Things looked bleak in the first quarter with Everett scoring 10 straight to take a 10-6 lead. By the end of the quarter, Bellwood trailed 14-8.

The second quarter proved to be big for Bellwood. They flipped the script and took a three-point lead into halftime, outscoring Everett 19-10 in the frame.

To start the third, a free throw and Alanna Leidig’s back-to-back threes put Bellwood up 10. Just minutes later, Riley D’Angelo hit a pair of treys, extending the Bellwood lead. However, a late run by Everett to end the quarter brought them to within 7, 47-40.

Everett came out to play in the fourth, eventually tying the game up with 3 minutes to play. Bellwood was able to weather the storm and score when they needed to.

“There were many keys to this victory,” added Coach Swaney.  “First, the second half explosion of three-point shots by Riley D’Angelo and Alanna Leidig got us the separation we needed. Second, the defensive effort all night by Caroline Showalter and Sophie Damiano gave us the opportunity to win. Last was Karson Swogger taking over the game in the second and fourth quarters and dominating the game.”

Swogger led Bellwood with her normal 31 points. She also recorded 4 boards and 4 steals.

D’Angelo added 10 points for Bellwood with 4 steals and 4 assists.

“We got a big win and gained some confidence from it,” said Leidig. “We have to use that confidence and channel it into our upcoming game.”

The girls’ team starts the District playoffs against Ligonier Valley on Wednesday, February 17. The game is at Central Cambria High School and will start at 6:30. 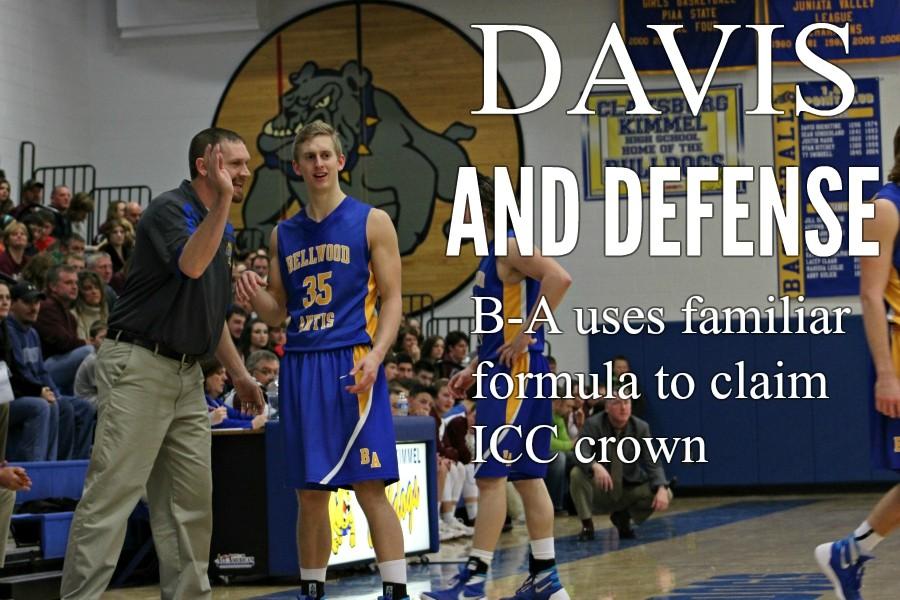 Coach Brent Gerwert got the kind of defensive effort he was hoping for in the Devils’ ICC championship victory.

After being down 13-3 early in the first quarter, the Blue Devils came back and put on a show in an amazing 60-45 victory over Southern Fulton Saturday in the ICC championship game at Claysburg-Kimmel High School.

Last year the Blue Devils lost to Southern Fulton in the ICC Championship, so coming out this year it was all about redemption.

“It felt good to get redemption for last year. We were the underdog and no one thought we could beat them (Southern Fulton),” said junior Ethan McGee. 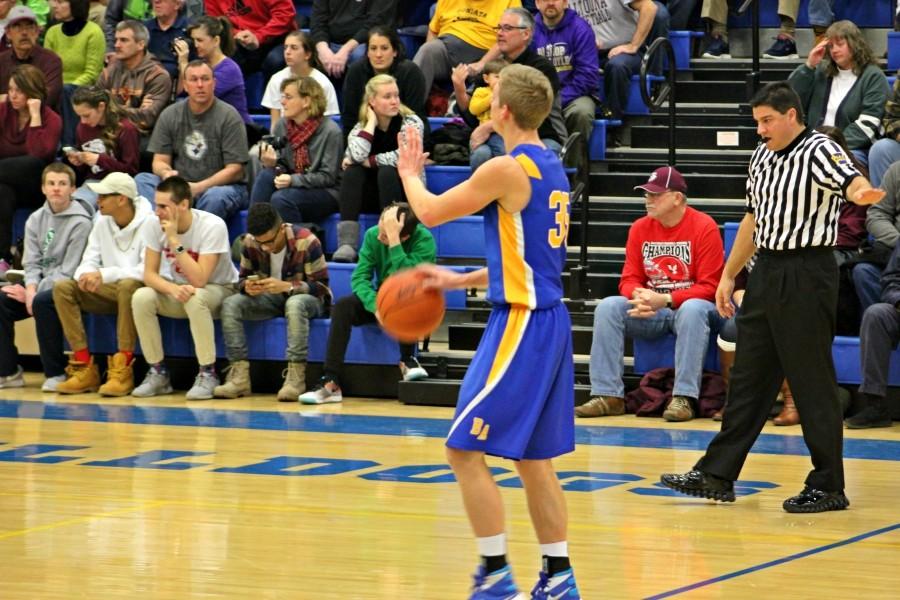 At the start of the game the Southern Fulton Indians had everything going right for them, while Bellwood-Antis was unable to keep their hands on the ball. Late in the first quarter things finally started to click for B-A as they went on a 5-2 run and cut the Indians lead to seven.

“I think we were a bit shell-shocked at the beginning of the game, we came out playing timid and that’s not our style,” said Nathan Davis.

In the second quarter roles switched as the Indians turned the ball over, while Bellwood did the scoring and continued their first half comeback. When Nathan Davis drained a three that put B-A ahead 23-22, the team started playing as one, shutting the Indians down on defense to go ahead 29-23 at the half.

Davis also said, “Once a few shots started to fall we were able to get our momentum and swagger back. Once we get our Momentum rolling like that were a heard team to stop.”

In the third quarter, Davis came out and hit a three almost immediately, but then B-A slowed down again. They had only scored 5 points to Southern Fulton’s 9 as they saw their lead cut to just two points. Heading into the final quarter B-A was only up 39-37.

Southern Fulton started the fourth quarter with the ball, but after a missed shot B-A went on a 4-0 run that put them ahead 43-37. It was 48-43 midway through the fourth quarter, but the Blue Devils finished the game on a 12-0 run to bring home the title.

Davis was the leading scorer with 36 points, followed by Jarret Taneyhill and Joe Padula, who each had 8 points. Taneyhill also added 8 blocks to the team’s solid defense.

“We need to bring a lot of energy starting on Friday with playoffs if we want to go out and win,” added Davis.

The Blue Devils next game will be Friday in the first round of the District 6-AA tournament. A site and opponent has yet to be determined. The No. 1-seeded Devils await the winner of tonight’s first-round game between Central Cambria and Richland.