Athlete of the Week: Riley D’Angelo 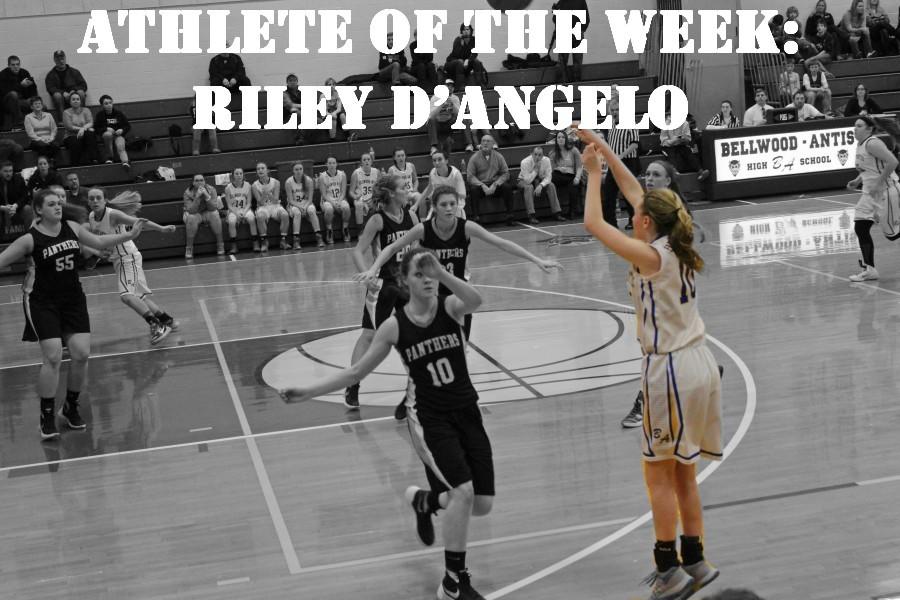 Riley D’Angelo is breezing by her freshman season of basketball.

On average she is scoring 9 points, 2 assists, 3 rebounds and 2 steals per game. She has racked up a total of 197 points so far and the number is still rising.

According to Max Prep, D’Angelo’s best game this season so far was against Glendale where she scored 15 points.

BluePrint: How did you get involved with basketball?

D’Angelo: My two closest friends played basketball so in fourth grade I joined a league with them.

BluePrint: What position do you play?

BluePrint: What’s your favorite thing about the sport?

D’Angelo: My favorite thing is being a part of my team. They are always there to support me and cheer on everyone.

BluePrint: How do you plan to improve from last season as an individual? As a team?

D’Angelo: I want to improve my help defense personally and as a team just starting the season out faster.

BluePrint: What aspect of your game did you work on most in the off-season?

D’Angelo: I worked on my shot everyday over the summer. I probably put up thousands of shots.

BluePrint: What’s your best achievement so far this year?

D’Angelo: Winning the ICC Championship, and hopefully a district title.

BluePrint: What was the main cause of your win yesterday?

D’Angelo: The whole team played great defense, and Karson had an amazing game.

BluePrint: Is it nerve racking as a freshman to be playing in such serious games?