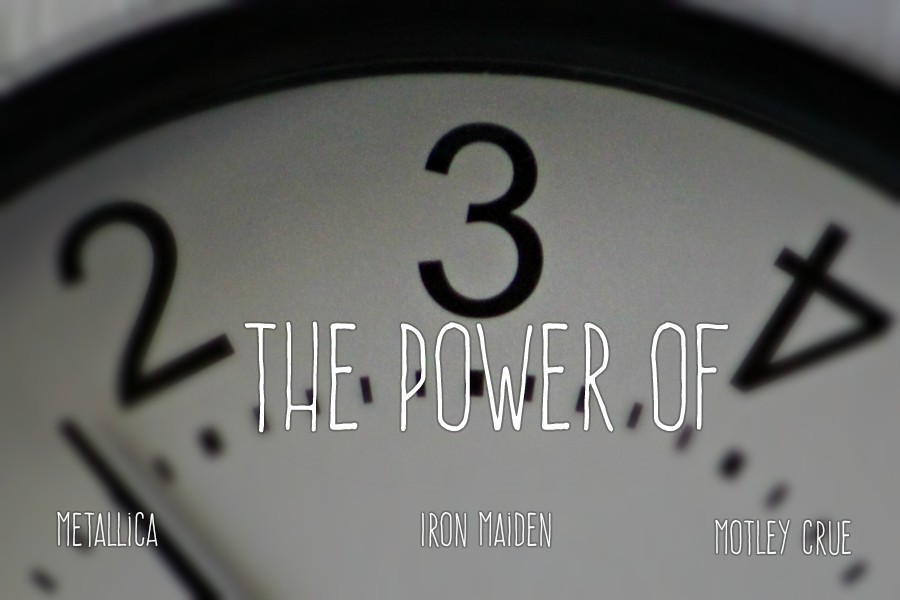 These three metal bands approached the 80s in different ways.

Nineteen-eighties metal and gimmicks, like “worshiping” Satan with lyrics, saw many metal bands in the that sold out,  forever condemning music to little more than an act. The one exception may be the ultra-intellectual Metallica, whose biggest hit was based off a novel about World War I.

Shout at the Devil-Motley Crue The name of the song and the album it came from Motley Crue’s Shout at the Devil was originally to be titled Shout with the Devil but their record label found that it would be a hard sell although it became one of their greatest hits. The song was written by the bassist, Nikki Sixx, who was experimenting with Satanism at the time. Though some would argue this as one of their most popular songs, it helped pick them out to higher levels of success.

Number of the Beast- Iron Maiden This song is not actually about worshipping Satan. Surprise, it’s about a dream based off of the movie Damien: Omen II which is about a thirteen year old Antichrist. Most of the 80s metal bands “appeared” to worship Satan, but that was kind of bandwagon tactic to get younger generations to listen to this “heavy music”. Number of the Beast came out in 1982 and it has been present is in a lot of things even to this day. This was some of the first thrash metal, which became very popular all over the world, including Iron Maiden’s homeland Britain.

One-Metallica In the music video for this song, which is from the movie based on the book Johnny Got His Gone, there is a soldier who loses

all his senses, limbs and face in war. Doctor’s consistently watch over him and think he’s as healthy as a person with those wounds can be until he starts convulsing for apparently no reason. They call in his general, who realizes that he isn’t convulsing, it is Morse code for “SOS, HELP” and “KILL ME” repeatedly. That’s pretty brutal and this is one of their more popular songs. A lot of Vietnam era veterans could relate to this song to help cope with PTSD. The music is extremely intricate with subtle nuances in the background of each sound and the lyrics closely tie in with the tragic video.