Students no longer have to write in cursive 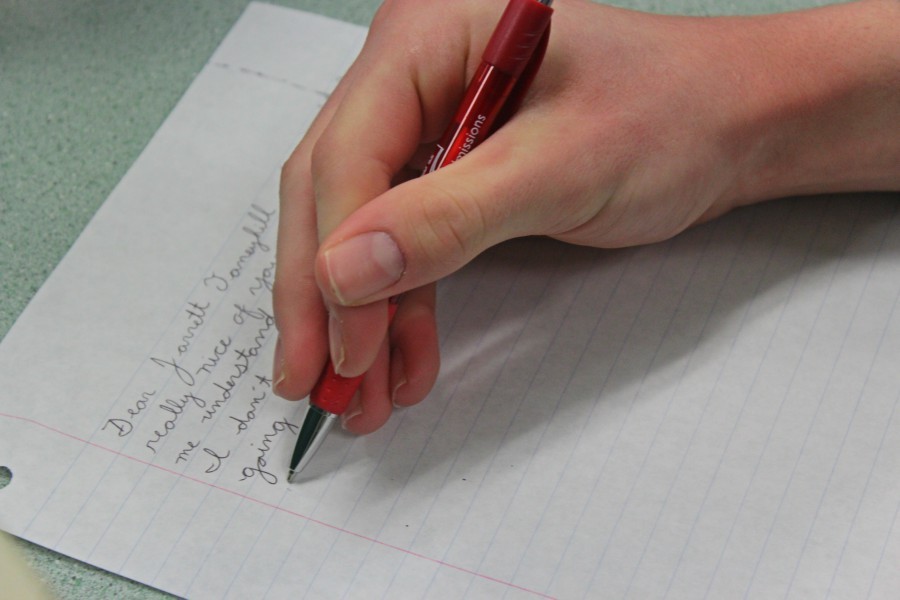 Cursive writing is an art that is often overlooked in public schools today.

Most people print their words and sentences, but there are still a few who write in cursive. But we all know someone who writes in cursive.

“About 75% of the time I write in cursive,” said junior Joey Padula “I like the way it flows when I write”

It was Joey Padula’s fourth grade teacher Mrs. Cook who showed him the ways of cursive.

“It depends on what I’m writing but I mostly write in cursive,” said Mrs. Beth Zitterbart in the Attendance Office “I learned cursive in third or fourth grade”

Most of our historic documents are written in cursive, documents like the declaration of independence and the bill of rights. Since kids aren’t being taught much cursive anymore, then the fear is, they won’t be able to read these documents or anything else that is written in cursive.

Cursive is taught at Myers in third grade, as part of the phonics program, however, teachers there don’t hold their students accountable for writing in cursive throughout their day.

Many teachers see the value of cursive writing for struggling writers.

“I value cursive writing,” said Mrs. Erin Kelly “It’s very beneficial for learners with deficits in fine motor skills, I also think it’s important because many of our nation’s historical documents are written in cursive.”

“Many students struggle to print neatly, but succeed at cursive writing handwriting because of the continuous flow motion” Said Mrs. Tara Naylor.

The middle school used to require their fifth graders to write their spelling words in cursive. Some teachers stress cursive more than others, teachers like fifth grade teacher Mrs. Gonder, a strong advocate for cursive writing.

“It’s not a state standard anymore” Mrs. Gonder said “Students have a choice to either write in cursive or print, but they usually choose to print.”