Hannah Hornberger one of 100 selected to help with cancer research 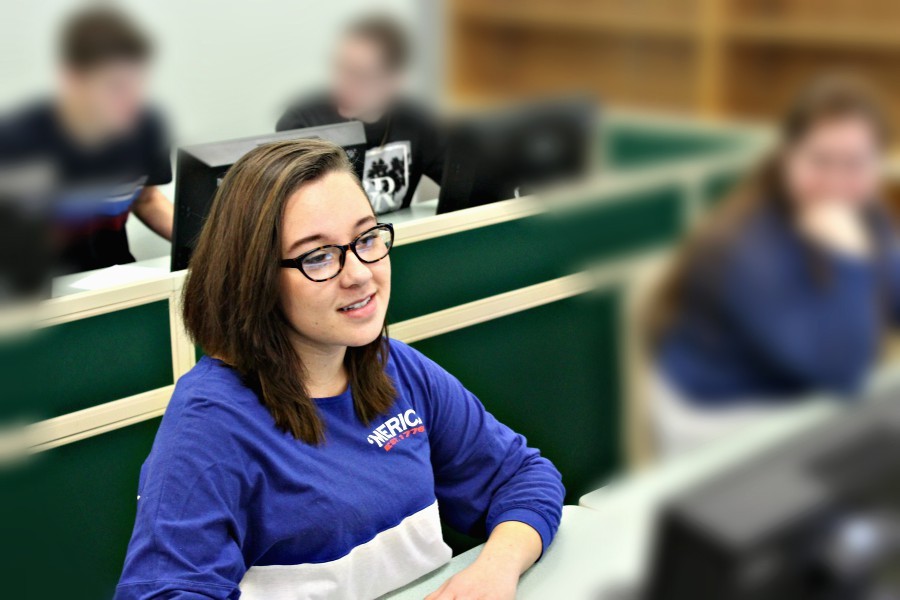 Hannah Hornberger works at a computer.

Sophomore Hannah Hornberger was recently chosen for a 2016 Emperor Science Award, one of a hundred students accepted to participate from across the nation.

Roughly 1,200 students applied to take part in this research project, which began in 2015.

The Emperor Science Award is a very prestigious project that science-loving tenth and eleventh graders can apply for. One hundred students are paired with a mentoring scientist to collaborate on a multi-week cancer research project, plus receive a free Google Chromebook with 1,500 dollars for project expenses.

It provides a unique opportunity to build a mentor relationship, work one-on-one on an important cancer research project, which can really make your resume look great.

Hannah found out she was chosen roughly in the middle of December after composing an essay explaining why she would want to have this kind of opportunity.

“I wasn’t supposed to tell anyone, because things weren’t yet permanently set.  But it looks like I’ll be spending time in Texas working on this project,” said Hannah.  “Someday when there is a cure for cancer, I guess I’ll be able to say I contributed slightly which is pretty cool.”

She won’t necessarily be mixing chemicals and using test tubes, but instead focusing on how to psychologically help cancer patients get through their struggle.

“Hannah is an inquisitive student who is dedicated to learning more, and with this particular award, she can apply her talents in a meaningful way,” said B-A science teacher Ms. Denise Shimmel, who opened the award process to her students earlier this year.

“This opportunity to research will allow her to expand her knowledge, and Hannah could really contribute to important cancer research with lasting effects for the current and future generations.  I could not be more proud of her efforts and hope she benefits greatly from this upcoming laboratory experience.  There is a real possibility that Hannah’s skills and knowledge could lead to a cure for cancer in the future and that is an amazing hope for many people the world over.”

Hannah will be in full speed with her project during the month of July.  She will be working with M.D. Anderson, a behavioral specialist.

Only four other students from Pennsylvania received Emperor Science Awards this year.

“I am proud of the initiative that she exhibited by competing for the Emperor Science Award,” said high school principal Mr. Rick Schreier.  “The fact that she was one of the finalists is impressive, due to the nationwide competitiveness of the award.  Hannah is an intelligent and hardworking student in the classroom. All of the accolades that she’s received through this award are well deserved.”