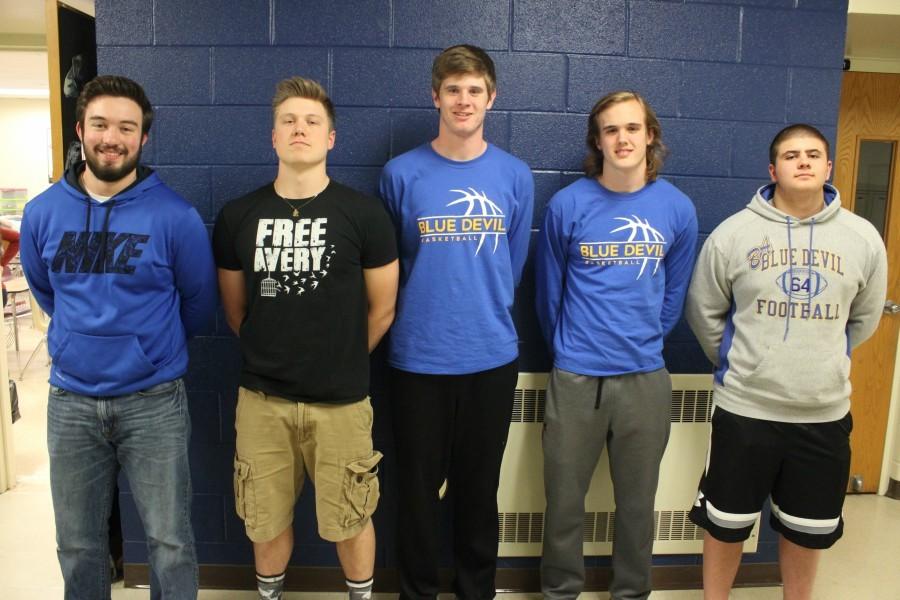 “We’re very proud of what our athletes achieve, but to achieve in the classroom as well as on the field is what is most important,” said B-A football coach and athletic director John Hayes. “The classroom is really the path to future success in life.”

There are three different categories that players had the opportunity to get into: Gold, Silver, and Bronze. Obtaining gold status means that you had a cumulative GPA of 3.8 or higher.

“It’s rewarding to receive recognition for our academic achievement since that’s what we are – student athletes,” said Kissell.

Duke Bruner and Ethan McGee both made the bronze team.

English teacher Mrs. Susan Zong, who in her role as librarian helped get Bellwood-Antis organize its first all-academic nominees early in the 200os, explained the process she and B-A coach John Hayes use to nominate Blue Devil athletes.

“The process is that first the football coach determines eligibility for nomination based on playing time,” she said. “Then we go through and determine grade point average, which for this award is cumulative, meaning it takes into account all of their high school years up through the current marking period. After that, the guidance department converts their GPA over to a 4.0, non-weighted scale.”

To be eligible for nomination, a player must have played at least 50 percent of the games.

“We’re blessed to have good representation on the team, and hopefully some of the younger players will see that and follow suit,” Coach Hayes said.