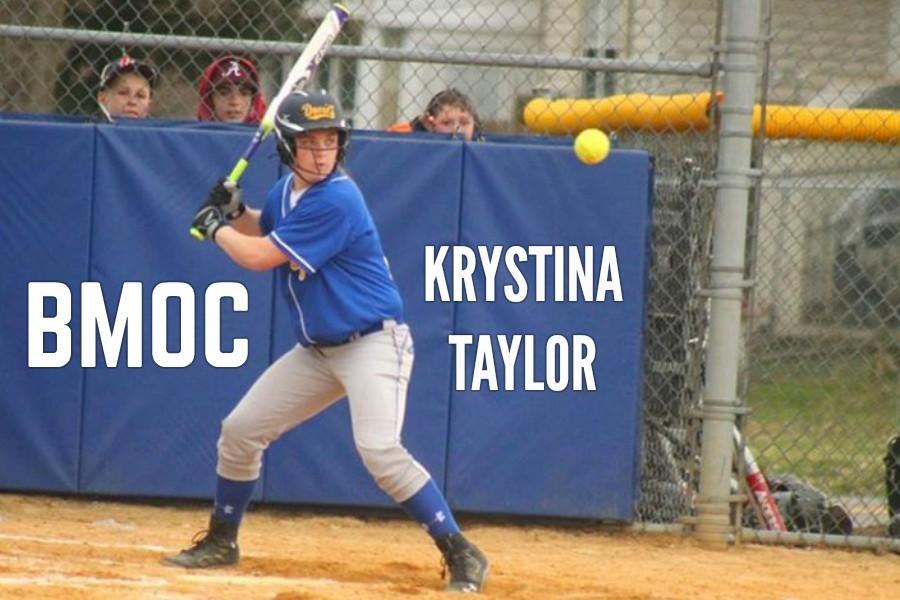 Krystina Taylor has helped BA offensively in a big way this season.

The 3-0 Blue Devil softball team has an unsung leader: a freshman by the name of Krystina Taylor.

Taylor has made a huge impact this year, helping out on both offense and defense. Krystina plays second base this year and usually hits in the 9-spot, but her stats show more talent than you would expect from a first-year varsity player.

Taylor already has hit a home run this year, and has been producing for her team consistently. She is filling the hole left by Anna Wolfe, a four-year starter at second base who graduated last season and had over 100 hits for her career.

For her efforts, Taylor is the BluePrint’s Big Man on Campus for the month of April.

“I was excited for my home run,” said Taylor. “But at the end of the day it is just a hit.”

She definitely feels the nerves of starting on the varsity team as a freshman, but feels as though she plays well under pressure and can perform under the necessary circumstances at the varsity level.

“We just need to take our time and worry about the next game,” said Taylor when asked about her team’s playoff hopes. “If you focus too much on the future games you’ll slip up and lose an easy one.”

“Krystina has been quite an addition to our team,” said Coach Jim Payne. “She plays at a high level despite her age.”

When asked about the overall success of the team, Taylor responded with, “I feel as though the team is going to get better, and I’m going to continue to learn new things along the way.”