Social Media: Which is the best? 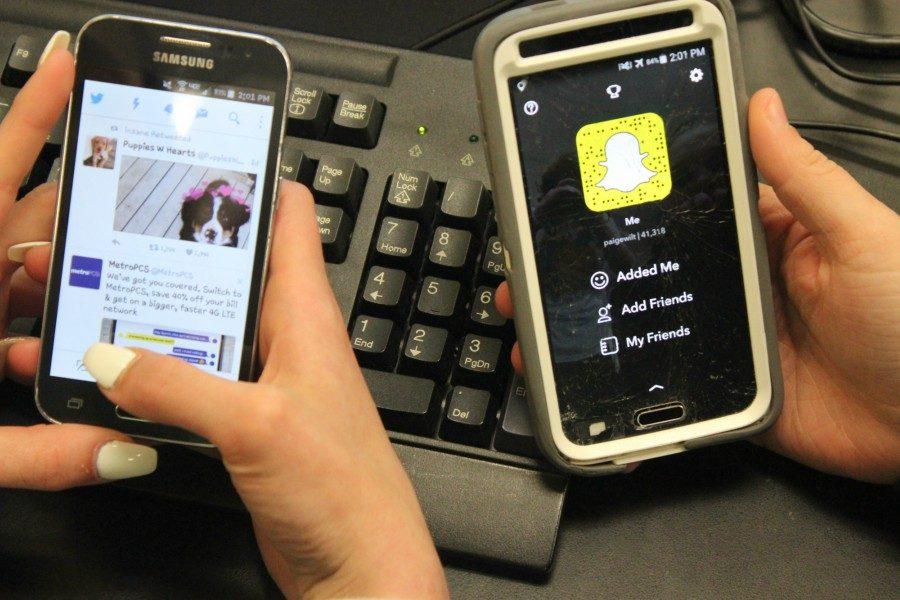 Snapchat and Twitter are very popular apps among students at BAHS.

Which one is the best? That is for you to decide, but we are here to investigate our student body and what it feels is the most popular.

Is Facebook really for older adults? Jason Shade believes so.

“If I get on it, the only posts I see are either parents or people my parent’s age.  I think it’s pretty outdated for kids,” said Jason

Mrs. Frank, a respected math teacher at B-A, says her Facebook is more for just looking at things, not posting.

“I use Facebook to look for pictures of my kids or family. I rarely ever post anything,” Mrs. Frank explained.

A lot of kids love to use Snapchat to communicate with friends through pictures and captions, or use a cute puppy filter that is included with the app.

Junior Nate Friedenberger was able to provide a little insight.

“I mainly use snapchat when I am talking to friends, mostly just females, but then twitter when there is a funny twitter fight going down,” said Nate.

The best part of all these social media apps, Instagram is the least like.  Many students say that it’s only posting pictures and you could do that on any of the other apps.

“It’s literally pointless, you can post pictures and caption it.  I can do that on any other app I could find,” said Jarrett.

Multiple students say they ultimately could care less for social media in general. A lot of people will says it’s just drama or they need it to pass the time but it can really get some people hooked.