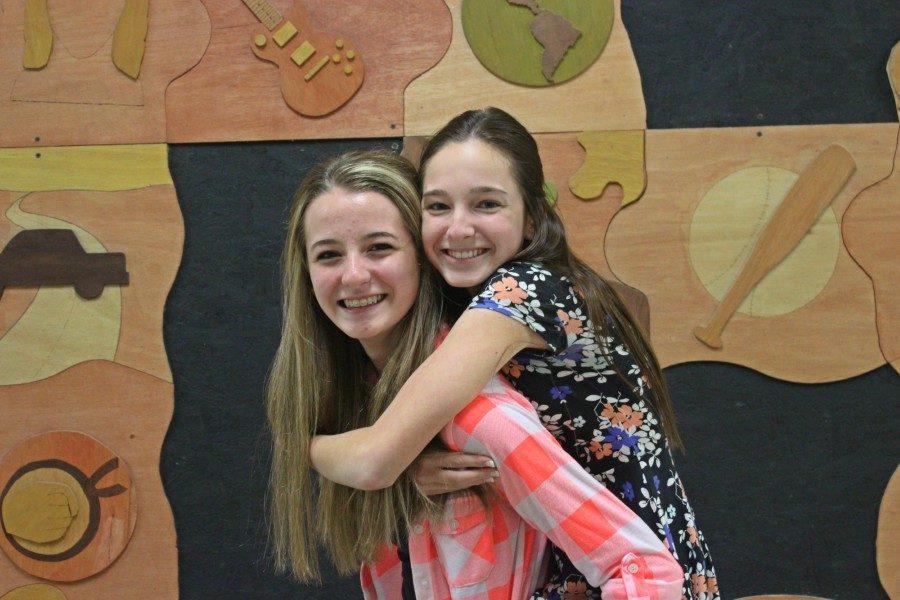 Gwen and Alivia are two freshmen who are inseparable.

Alivia Jacobs and Gwen Dougherty are very good friends and are always there for each other.

“I was considering what sport I was going to participate in next year, and I went to Gwen for advice.”

Alivia’s favorite thing about Gwen is her laugh.

Gwen’s favorite thing about Alivia is her joining the swim team just because she told her it was a good idea.

Gwen’s been doing swimming for four years and she loves being able to look up after a race and see how well she did after putting hours of work.

She swims at Tyrone and she loves swimming there because how great the coaches are.

“They strive to make me work harder to become the best I can be.”

Along with the coaches, the swimmers always have her back and are cheering me on during every race.

Alivia participates in pageants and has been doing it since she was little. She got into these because her cousin, Alycia inspired her.

“She was first runner up two years in a row to Miss Pennsylvania and I loved watching her on stage,” she said. “I knew that I wanted to do that one day.”

Her favorite part about going to pageants is getting to see the girls I have to become so close to over the years.

“A lot of people think that we are enemies because we compete against each other, and that’s not true.”

Alivia was able to compete in the Miss Pennsylvania Outstanding Teen Pageant and be the youngest team captain for the Blair County Breast Cancer walk and raising over 3,000 dollars.

Not only do these two have personal accomplishments, they share some of them together.

Whenever they aren’t involved with the school they love going to Penn State football games with each other.

They also like going to see a movie or going to the mall and spending way too much money.