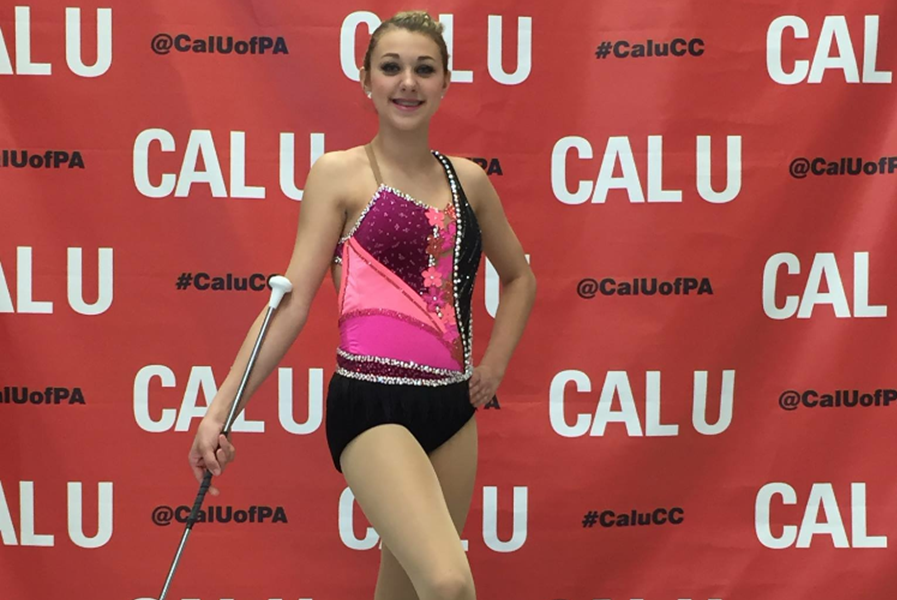 Mikala McCracken has been twirling for almost three years now and recently went to the NBTA Pennsylvania state championship competition at California University of Pennsylvania, where she took first in several categories.

“I’ve had to work very hard to catch up to where my teammates are,” she said.

This competition consisted of around twenty people in each category. At Mikala’s competitions she competes as a beginner and placed at this state competition: 1st in state strut, 4th in open strut, 3rd in state solo, and 1st open strut. All these were categorized under 13-15 beginner.

Earlier this year, Mikala was a winner in several categories at the Congressional Cup Weekend in Maryland.

At the Cal U competition, held on April 24, there was a modeling portion and it was set up that you compete against anyone 13-15 whether they are novice, beginner, intermediate, or advanced.

Mikala can’t wait to go to nationals in July.

In May, she has a Miss Majorette of America competition. This is a huge contest. If you place first in the pageant, which consists of modeling, solo, and strut, then you qualify to go into a pageant at nationals for a national title.