Dominance continues with another ICC championship in 2016 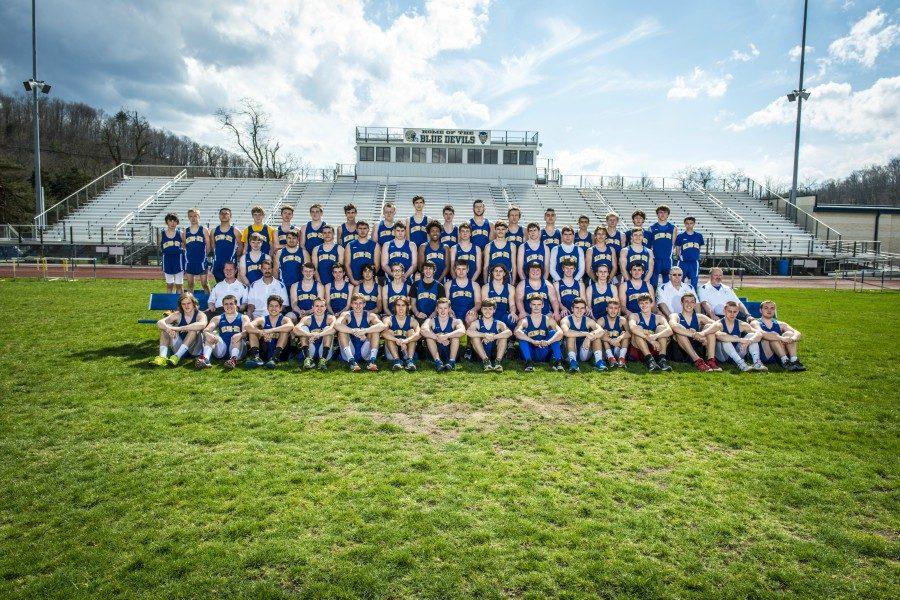 Success on the oval continues for B-A boys.

The Bellwood-Antis boys’ track and field team has concluded another regular season, this year with 12 wins and 3 losses, and an ICC title.

This is the first time the track team has had three losses since 2001, so some may consider this a down year for the team.

With that in mind, it is important to realize that the expectations for the team is set very high each year.

“I think with all of the success we’ve had sometimes makes people make a big deal out of when we do lose, but look at the teams we lost to. We lost to Tyrone who is undefeated and the Mountain League champions,” explained Coach Nick Lovrich.  “We lost to Bedford, who probably has a great shot at being District 5 champions, and we lost to Hollidaysburg who is a AAAA school on a tie breaker.  So even though we have 3 losses everything was still pretty successful throughout the season and it is one of those learning experiences for us and something that will make us strive to get a little bit better.”

Statistically, the boys’ track and field team is the most dominant sports program in Bellwood with 12 District 6 Championships, more than any other sport. To compare track with some of the more popular Bellwood-Antis sports, football has won six D-6 titles, boys and girls basketball have both won D-6 four times, baseball has won the title three times, and softball has two D-6 championships.

However, none of the mentioned teams have been able to be as continuously successful as the boys’ track and field team.

Besides that, since 2002 the team has only lost the ICC Championship 1 time. This includes a 12-year streak of the team winning the title.

“It’s a great accomplishment. It’s a great league there is always people who are medalists at the state track meet, and who are district champions from district 5 or district 6,” said Coach Lovrich. “It is always been a big goal of ours. Every time we start the season our first goal is to win the ICC Championship, and when you can reach that goal it feels good.”

It is important to realize that all of this success comes from hard work and dedication, and Coach Lovrich demands just that. In his 16 years of coaching the team, he has never had a losing season. His career record as the coach is 209-19-2.  On top of this, Coach Lovrich has coached his team to 4 of the 12 District 6 Championships in just 16 years.

“Whenever you have 12 to 15 seniors, they kind of pass the tradition of hard work down to the next grade, and it just keeps going down. We’ve been lucky that the guys all buy into the message that we want to work hard and succeed as a team,” said Coach Lovrich.

“Coach Lovrich is a mentor to all of us and always is reminding us that if we work hard success will come,” said senior Noah D’Angelo.

The hard work that the athletes put in can also lead to competing in track and field at the next level. Nine total athletes have competed at the collegiate level after having Coach Lovrich, including Brian Leap, a triple jumper for Penn State University.  Leap was recently named the Big Ten Athlete of the Week and is No. 3 in the NCAA.

He explained why Coach Lovrich was a big help to him in high school, and even in college.

“Coach Lovrich actually played a vital role in my high school track career. Since he writes all of the workouts and practice regimens for all events, he provided the building blocks to learn and grow through my events and develop as an athlete.

“He was also very supportive and still is to this day. Thanks to his training, my transition into college athletics was easier for me than some of my other freshman counterparts. There were a lot of things that we did in high school that carried over directly, which is crucial as an incoming student-athlete. I can’t thank Coach Lovrich enough for everything he has done. Without him, I surely wouldn’t be where I am today,” said Leap

Coach Lovrich was also a help to Brian when he was deciding whether or not to go to Penn State.

“It’s really been such a blessing to succeed a higher level. I remember conversations with Coach Lovrich my senior year as to whether or not I was even good enough to walk on to the program at Penn State,” he said. “He urged me to reach out to them, and he put me in contact with the right people.

“As a freshman with my tail between my legs, I wondered if I would ever break the 50 foot barrier and be able to compete amongst some of the best in the Big Ten, yet alone the country. Throughout my incredible experience here, I have learned how important it is to be patient in your pursuits, and simply trust the process,” explained Leap.

“We are all very aware of the tradition, and it is our main goal to keep it going. We don’t want the success to end while we are the ones competing. I think that the tradition makes everyone work harder,” said junior Nate Friedenberger.