Teach a man to fish

Autistic support students make a day of fishing at Glendale 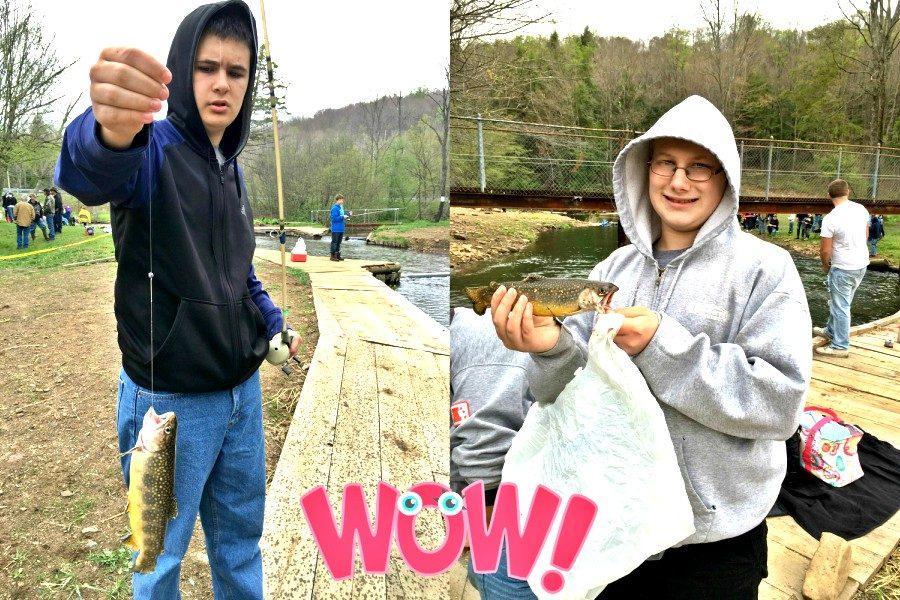 Cole Poorman and Richard Long each had a nice catch last week on a class trip to Glendale.

Last week on Wednesday, May 4, Mrs. Summer Carson and her students attended a fishing trip at the Glendale Sportsman’s Club.

Although it wasn’t a sunny day, the overcast weather made for some great fishing.

“Cole caught three fish and Richard caught two,” said Mrs. Carson, who instructs in Bellwood-Antis High School’s autistic support room.  “It was great because everyone got really excited when someone would catch one.”

Curwensville, Glendale, and Philipsburg-Osceola were the other school districts at the sportsman’s club that day.

“We took the boys up, and got to spend some really good one on one time with them,” she went on to say.  “It was also nice to have the kids from the other schools there because everyone got excited when a fish got caught.”

Mrs. Scarlet Kennedy, another teacher in the autistic support room, actually organized the trip through a connection at the sportman’s club.

“We had such a good time, and the volunteers were great,” Mrs. Kennedy said.  “There is a hatchery up there, as well, where all the kids got to feed the fish.”

Mrs. Carson added, “This really was a great way to bring people together, and hopefully we can turn this into an annual event.”