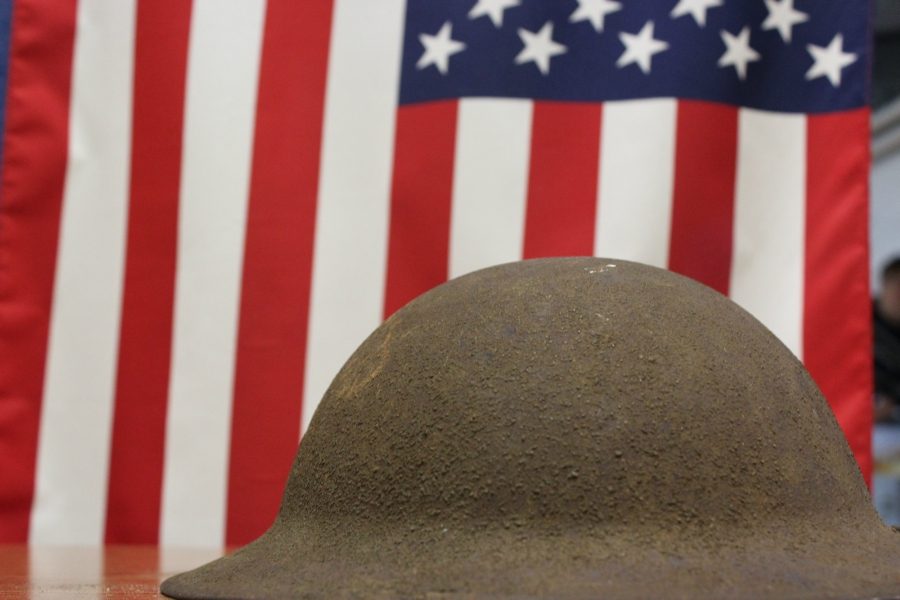 Mr. McNaul's War Helmet rests in front of the flag

Frank Levingston Jr. was an American centenarian. Frank was the oldest surviving World War II, and he passed away on May 3, 2016, at 110 years old.

He was born in North Carolina in November 1905, and was born into a family of seven children. His parents died when he was young.

He never married or had children, and lived in Lake Charles, Louisiana, until he was moved to a nursing home to be moved closer to family. He was very family oriented, took care of his sisters, children and his brothers children and was said to be the backbone of his family.

He only had a sixth grade education. He was around 37 years old when he enlisted in the army.

Frank enlisted in the U.S. army October 6, 1942. He was a Private during the allied invasion of Italy and did a tour in North Africa.

When asked how long he was going to live, he replied “110,” which is exactly how old he was when he died.

He gave some thoughtful advice to younger generations and told them to be honest.