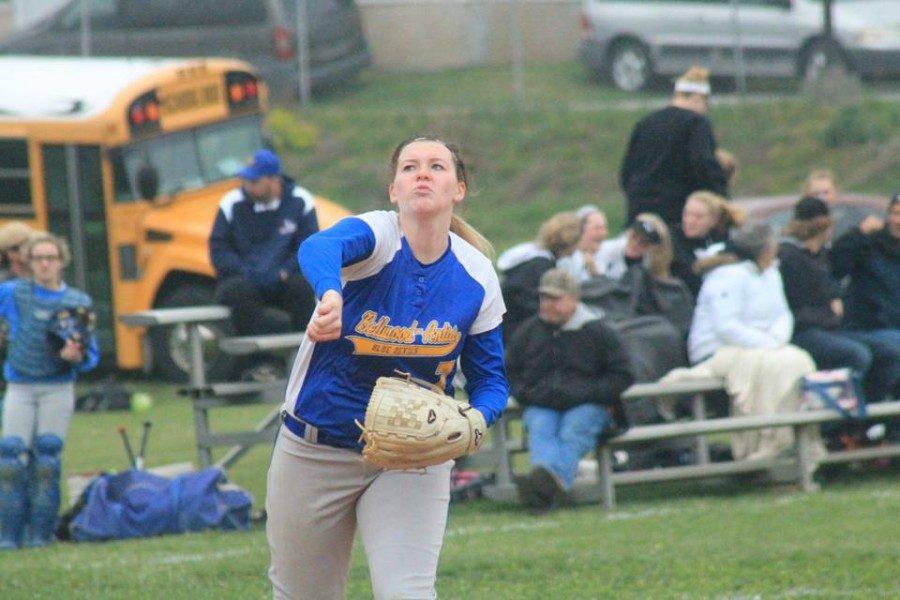 Convery throws to the cut off man

Yesterday, our Lady Devil softball team dropped a tough one in the Inter County Conference championship game against Southern Huntingdon.

Leading 3-2 in the fifth inning, the Lady Rockets erupted for seven runs to take control of the game.

Freshman Jestelynn Heaton had some insight on the game.

“They were able to get runners on and they’re bug hitters found open spots to place the ball,” she said.  “It’s disappointing, but it doesn’t change our big goal, which is to win districts.”

Captain Caroline Showalter believed that the amount of errors committed were what cost them.

“We had too many errors in the same inning, and their hitters also found the gaps really well,” she explained.  “I have high hopes that we can repeat as district champions, however, and come back from this loss.”

District 6 class AAA playoff seedings will be released this Friday.