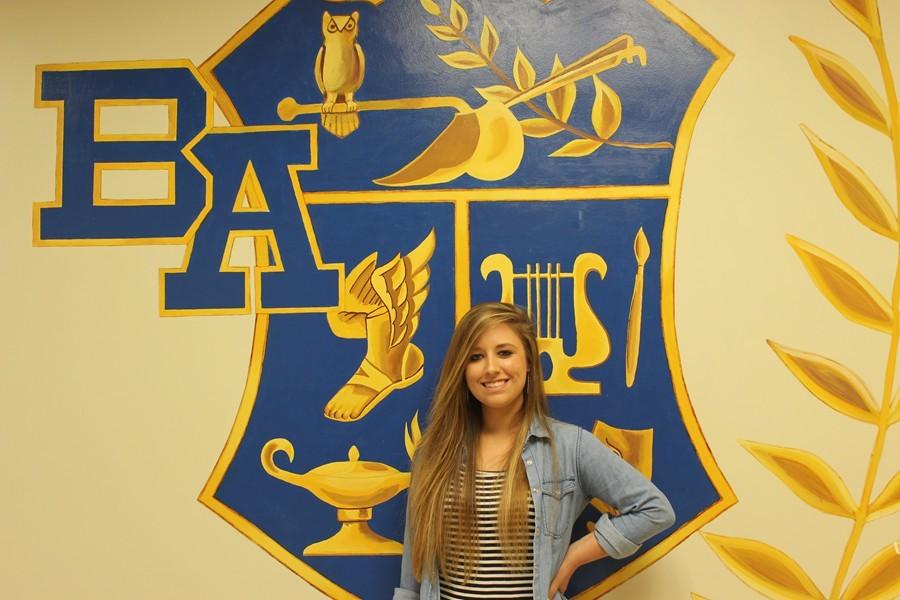 Makala Doyle does it all around Bellwood-Antis, and she has made the most of her senior year.

Our final Unsung Hero this year is a student who undoubtedly deserves to be recognized for her endless achievements.

Senior Makala Doyle takes the word “involved” to the next level.

“I’ve been involved in things like this ever since middle school when I was in yearbook, student council, and the newspaper,” says Makala.

From the beginning, Makala enjoyed participating in as many clubs as she could, just because she wanted to stay involved.

Even though there are many people that spread themselves thin much like her, she stands out the most.

She never expects any type of recognition for her actions and achievements; it was difficult for her to even provide us with a list of everything she has done. Most students take part in certain activities just to be able to talk about it and praise themselves, but not Makala.

On the very first day of school, her first task was to kick off the year with Homecoming through LEO Club. From making lists of decorations and purchasing them to getting the girls’ flowers, Makala helped keep everything running smoothly.

Before Homecoming was Skit Night. Along with another student, Makala helped set up the auditorium, wrote a script, and was the emcee.

Also through LEO Club, she participated in the I-99 road cleanup, and the Blood Drive. Along with simply being down in the gym all day helping things run smoothly, Makala donated blood as well.

Aevidum sponsored B-A’s first ever “Coffee House,” and of course Makala planned and helped set up that event as well.

“I spend a lot of time just helping plan things for anyone who needs my help,” says Makala. “I do all of this just so I can stay involved. I trust myself to plan things so that they are the best they can possibly be.”

If it wasn’t for Makala, certain activities wouldn’t run as smoothly as they have. Thank you Makala for all of your hard work!