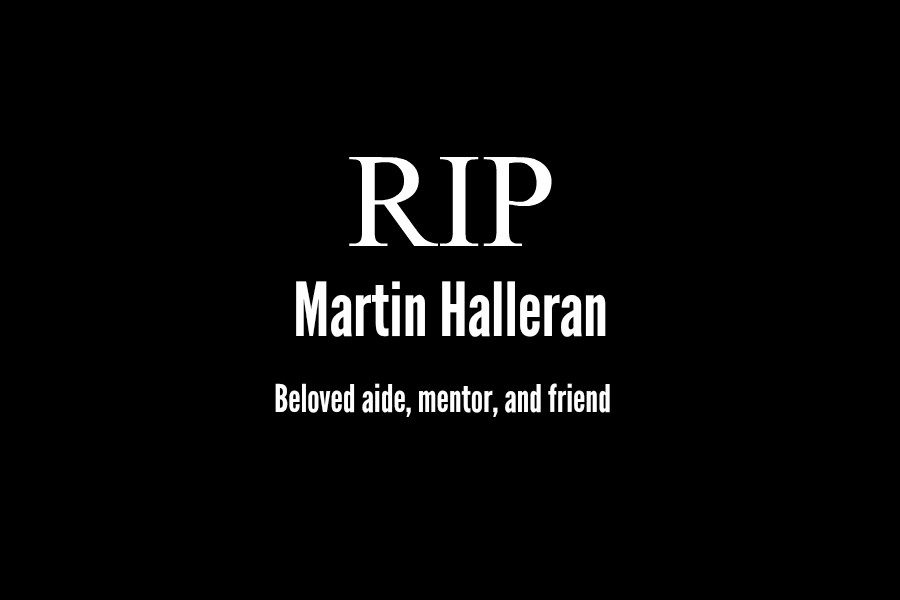 The death of Mr. Halleran has impacted many students and faculty members at Bellwood-Antis.

This past Saturday, Bellwood-Antis School District lost a very beloved teacher’s aide and faculty member, Mr. Martin Halleran, or “Mr. H” as he was known to many.

Mr. H served Bellwood-Antis’ students primarily as a special education aide, but despite his small class roster, his presence impacted many if not every student in the high school. In short, Mr. H went above and beyond the call of duty to reach out to students, and all he asked in return was a smile.

Mr. Halleran suffered a massive heart attack Saturday morning. He had attended the B-A football team’s victory over Glendale at Memorial Stadium the night before.

Mr. Richard Scherier, the high school principal, spoke only wonders of Mr. H, who worked at BA since 2014.  He described him as “an all-around great guy, very charismatic, he had that New York attitude.”

Mr. H was a native of New Babylon on Long Island.

Mr. Schreier went on to say that they shared a lot of common interests and he really appreciated the time he had with him here.

Students were in utter shock and sadness over the loss of Mr. H on social media. Senior Matthew Glunt commented on one post saying, “Mr. H always called me Matty Boy every day. He helped me so much last year and this year as well. Always gave me advice. It’s crazy to hear this.”

Matt’s reaction is similar to those of many other students who took note of Mr. H’s impact on their lives this weekend.

Senior Ethan McGee went to Twitter and informed all of his followers that this week’s Friday night football game will be played in honor of Mr. Halleran.

“He’s always been there to brighten my day up. He always asked me about how things with football are going.” said McGee.

Mr. Brandon Stewart, a high school special education teacher at Bellwood-Antis who worked closely alongside Mr. Halleran, had many kind words in regards to Mr. H.

“He lived to the fullest,” he said. “It seemed that he lived to make other people enjoy themselves. He was very compassionate with his students and cared greatly about the student body here at Bellwood.”

He continued to say that Mr. H was always happy to be here early in the morning. He was quick with a smile and a greeting, lifting the spirits of both students and teachers.

Senior Adam Bowers recalled Mr. H: “He was a really nice guy. He always had something nice to say.”

Mr. Halleran will be dearly missed by the students and staff at Bellwood. The Bellwood-Antis School District and Blueprint staff ask that the Halleran Family is kept in your thoughts through their time of grief.

A full obituary for Mr. Halleran can be found here.