The question that turned Gary Johnson's candidacy into toast 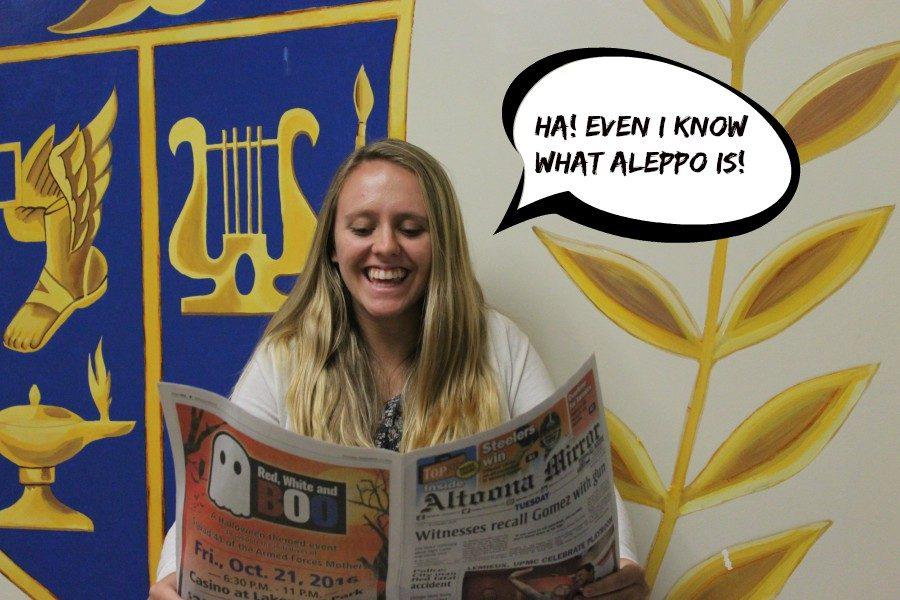 Kara Engle may only be in tenth grade, but even she keeps up with international events.

You’d think that most presidential candidates should know the slightest bit of major world problems, and even a little more about some countries that are engaged in a civil war to end terrorism.

Aleppo, Syria is currently torn by a huge civil war within its own borders, fighting to not be overrun by refugee’s and terrorist groups.  As active as our country is with Syria for things like oil, you’d think that most political figures would have some foreign knowledge on the background of the situation.

On national television last week, Johnson was asked about his stance on the situation during a live interview.  When asked about Aleppo, he simply gave a sweet and to the point answer of, “What is Aleppo?”

Those three simple words very well may have just ended his campaign, if it even really started. You can decide.

Even the anchor asking the questions was dumbfounded, responding with, “You’re kidding.”

Instead of having tried to cover up and act like he had a slight misinterpretation of the word or a little confusion with the question, Johnson proceeded to show he had no idea what Aleppo was.  After receiving a little explanation on the situation, he was able to agree that it was a mess over in Syria.

Mr. Johnson may have just surpassed 2007 Miss Teen USA legend Caitlin Upton, who was unable to explain why most Americans can’t locate the U.S. on a map. The difference here was that Miss Upton at least gave an effort to answer the question, including other countries like Iraq and South Africa as part of the answer.

Steve Harvey must have been hanging around Gary the night before the interview, giving him some of the best ways to get names mixed up.  Who would know the best way to forget names besides Steve himself, who named the wrong pageant winner at Miss Universe 2015?

Gary Johnson isn’t the first major figure to screw up on national television, but it could be close for one of the worst yet.  Johnson’s team is concerned this could really hurt his chance in the presidential race, even though most Americans didn’t even know he was a contender.

On the bright side, if Mr. Johnson gets destroyed in the polls this November, considering he makes it that far, he will always be able to fall back with his good friends Steve and Caitlin.