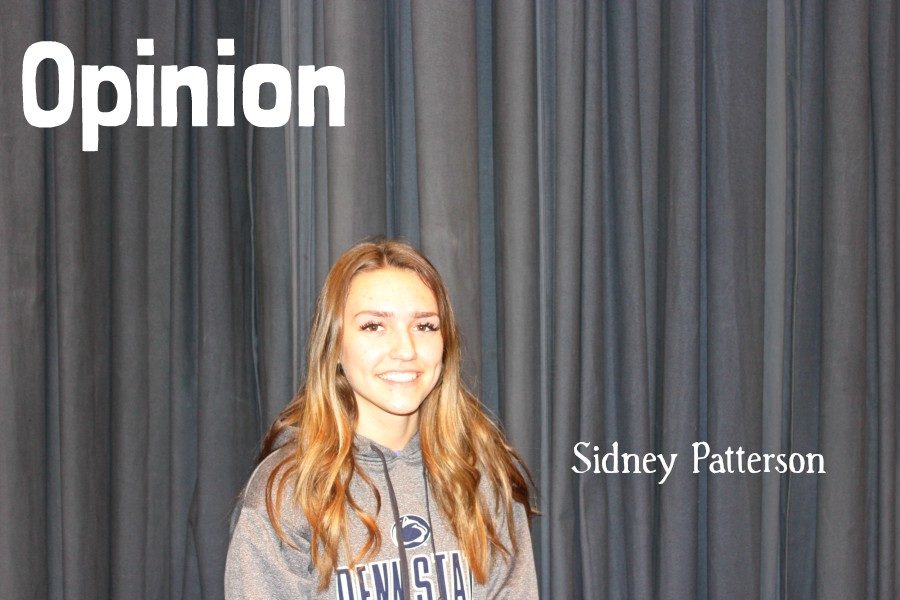 Editor Sidney Patterson would like to see a return to compassion when it comes to gun violence.

We have slowly become numb to the pain

It’s been said before that if a frog is suddenly put into boiling water, it will try to escape danger. However, if a frog is put in tepid water that is brought to a boil slowly, it will not perceive the danger and be cooked to death.

It’s 2018, and so far our country has seen 18 school shootings. Or is it 19? Either way, we aren’t even through the month of February. School shootings have become a norm in our society. For those at a distance from the epicenter, these events barely pull a heartstring at this point.  Turn on the television and you’ll see a bird’s eye view of the most recent school building surrounded by police cars. Go to your web browser and see a showcase of what politicians say should have been done to prevent it. Though news outlets will take every opportunity to drag in cite traffic and viewers over these types of incidents they won’t say what the public needs to hear: School shootings aren’t normal.

And yet somehow they have been normalized.

Perhaps if campus violence had not becomes so prevalent in the American culture it would get more attention than a sideways glance from the public, but since these incidents have increased significantly over the years they no longer are treated with the seriousness they demand. Instead, we’re quick to take to social media and offer thoughts and prayers, feeling that’s probably sufficient.

First, the public has to be smarter than your average frog. We have to recognize the danger that is occurring around us. ”

While the Columbine shooting changed the face of school safety and got as much continuous coverage as the Kardashians in their prime, the tragedy at Sandy Hook elementary, which depicted a parent’s worst fears, seems as though it’s slipped our mind.

Much like the frog we fall susceptible to an idea that this behavior is a part of life, and we have acclimated to the notion of school shootings. If we continue to let ourselves boil under gun violence, it will only contribute to this nation’s social downfall.

So what is there to be done about it? First, the public has to be smarter than your average frog. We have to recognize the danger that is occurring around us. No more normalizing the stuff on the news just because the story has been told and we’ve heard it all before. Each time the tale of a horrendous school shooting makes the news, we need to take a moment to consider some things.

Above all, we need to show empathy towards those affected by these tragedies. All too often it becomes less of a time of mourning and more of a time to address guns politically. Or possibly worse, we remain ignorant of the world around us just because it isn’t right in front of our faces. It’s difficult to fully develop an emotion towards a cause that doesn’t directly affect you, but just because it’s not happening here, doesn’t mean it’s not happening. In case you didn’t know, it is happening, more than ever, and it needs to be put to an end. But when? How?

Maybe not one single person can answer that. Perhaps the answer lies within the masses. If we as a society could reinitiate the idea of compassion – genuinely caring about each other’s struggles – right may just win one of these days.  The frog will no longer be a victim to its environment in the absence of threat and harm.