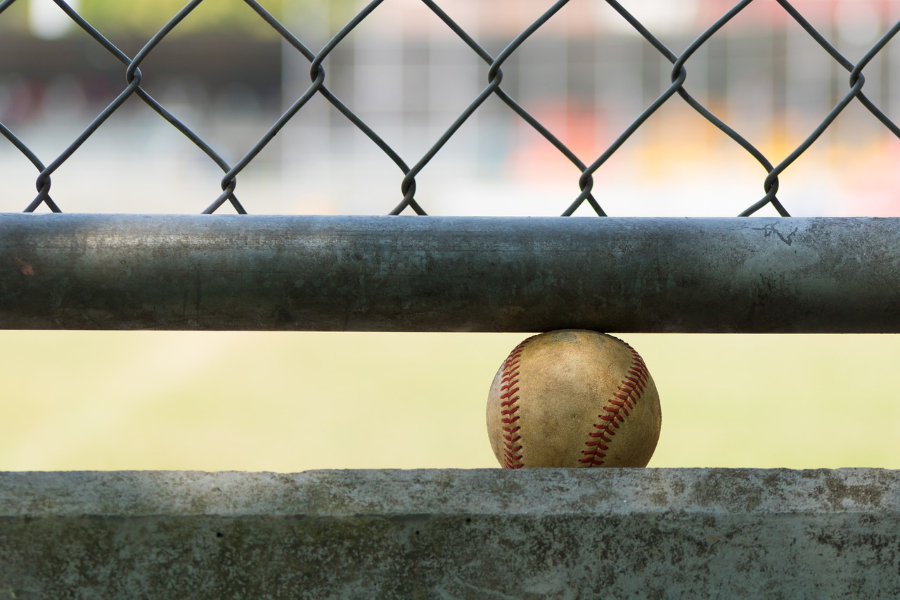 There's tons of proof of the Astros' wrongdoings.

A big scandal but fans won’t like the outcome

The Astro’s sign stealing scandal in their 2017 World Championship season has been a highly argued and controversial topic in baseball since its happening 3 years ago. Almost everyone in the MLB, from players, coaches managers, scouts, as well as fans and supporting community have called for the confiscation of the Astros World Series title, American League Championship, and individual MVP awards, especially second basemen, Jose Altuve. In addition to this, multiple topics have returned for debate in the baseball community, looking for mostly an explanation, and some closure as to why next to nothing has been done to the league and the Astro’s. The range includes the Back Sox incident in 1915, the usage of steroids and the term of players being “juiced,” and even the ban on Pete Rose from the MLB. Rose recently  came out to the MLB and public about his reinstatement back into the league. Many today still continue their disgust and lack of action in the event, and with Spring training beginning last week on the 21st, it’ll be interesting to see what happens within the league and especially the Astros organization.

According to CBS Sports, In November of 2019, two journalists by the names Evan Drellich and Ken Rosenthal of the Athletic, a sports journalism company, published an in-depth article as to how the Houston Astros electronically stole signs during their 2017 World Series championship season and part of the 2018 season. Soon after, the MLB began an investigation, with commissioner Rob Manfred releasing his findings on January 13th this year. The league in return has punished the Astros by issuing a $5 million fine and also losing first and second-round draft picks in 2020 and 2021. Manager A.J. Hinch and GM Jeff Luhnow were each given one-year suspensions from the league before being fired by the Astros. The team has been proven to have used a camera positioned in center field to relay what type of pitch the Astro batter was going to face in that instance. The sign would be stolen via team personnel within the dugout, clubhouse, and hallway to the locker room, and sent to the batter by audio cues by use of banging on a trash can. Buzzers and headsets have also been claimed to have been used by the team to inform them of the pitch on the way, and was also noted that the team first started with clapping and whistling before moving on to more serious measures. The investigation by the MLB revealed that Houston had initially  developed a system using illegal electronics to decipher signs so a runner on second base could relay the sign to the hitter. But the report also adds the confirmation of Houston stealing signs throughout the duration of the 2017 season as well as the beginning of the 2018 season. Obviously any form of cheating is illegal in any sport, and in a game of inches, the slightest advantage can sway the league dramatically.

The commissioner of the MLB, Rob Manfred has decided that he would not distribute any disciplinary actions to the players involved in the sign stealing scandal. This is due to 3 main reasons: The MLB promised players immunity in exchanged for their cooperation during the investigation, Manfred released a memo in 2017 warning teams the general manager and manager would be held responsible for any sign-stealing allegations, and Manfred called disciplining players “impractical” because it would be next to impossible to assign proper blame while being fair to each of the players, per CBS Sports.

For the Rest of the League:

For the 2019 season, CBS Sports reports that MLB carried out actions to ban the amount of live-feed access available to teams, including the banning of in-house cameras between foul poles. They also warned the other 29 clubs against using technology to steal signs, and have continued reminding teams to today. In addition to this, Rob Manfred also sent on a memo to the clubs warning them to not throw at the Astros batters throughout the entirety of the 2020 season. In the memo Manfred also said that the warning is being sent due to MLB not allowing to permit possible intentional harm to its players. Going right along with this, in an interview with ESPN Manfred stated there would be “increased punishments for hitting Astros players.” Weather that will stop pitchers in the 2020 season has yet to be determined, but with what the players from the other 29 clubs are saying now, I would lean towards no. In Spring gaining already this year, 7 Astros batters have been hit, only being 4 games into the season, which is the most for any team.

Since the Astro’s essentially knew what type of pitch was coming everytime they stepped into the box during the time they stole signs, the stats of the entire team had to of been affected in a positive manner. According to Fangraphs Blogs, who broke down and compared the totals for the Astros in 2017 to 2016, they first discovered that the team’s strikeout rate in 2016, 24.5%, the worst in baseball, fell to 16.7%, the best in baseball the following year. Moreover, NJ.com provides data from the the 2017 ALCS between the New York Yankees and the Astros. They provide that the Astros’s stats at home during the games in the series included a .238 batting average (29-122) 4 homeruns, and 20 strikeouts. In the Bronx, the Astros had a .120 batting average (11-92) with 0 home runs and 25 strikeouts. Through no further evidence shows that Houston benefited from the sign stealing, the number one fact that is indisputable is that the team actually performed better on the road that at home during the 2017 season. This is due to multiple factors including the addition and subtraction of players, and in general Houston becoming a “different team” from the year before. What can at the least be determined, from more video and picture evidence rather than statistical proof, is that signs were indefinitely stolen and relayed to the batter via mostly banging on a trash can. These instances include favorable outcomes for the Astros, without necessarily skewing the numbers.

Though not every example of the Astos stealing the opponent’s sign and relaying it to their batter is included, here are just a few examples provided by Jomboy Media that prove their cheating.

In this video, Jomboy breaks down how the Astros stole signs from White Sox pitcher Danny Farquhar, in which “loud bangs” were heard from the Houston Dugout.

This video shows José Altuve walking off the Astros in the 2017 ALCS against Yankee’s pitcher Aroldis Chapman. Chapman holds the record for fastest pitch in the MLB at 105.1 mph, set in 2010. Though no audio is explicitly given, the fact that Altuve was able to hit a homerun off a considerable hall of fame reliever seems to be fishy.

Another example of “bangs” being heard in favor of Houston shortstop, George Springer while facing off against the Seattle Mariners, of which he hits his 31st homerun on the season.

Finally, here is another tweet by Jomboy that shows where a monitor was confirmed to have been set up to watch the game in real time, and then consequently relay the sign to the Astro batter. https://twitter.com/jomboy_/status/1196203106347945987?s=21

Let’s start with a broad overview of fans and those involved with the game think of the scandal. Many comments boil down to be very similar with one another, expressing dissatisfaction, disappointment and disgust with the actions. Still, fans still comment that they “still have my team’s back, ride or die.”

Derek Jeter, a Hall of Fame shortstop who played with the Yankees for 20 years during his career called the incident on USA Today, a “black eye for baseball.” He went on to say “Regardless of what the penalties are, others are going to have their opinions on what they think should happen. You hope that over time it passes, but I’m sure this is going to sting for awhile.”

Tim Anderson, who won the Rod Carew American League Champion Award last year said “We’re trying to knock everybody’s heads off, from the owner down to the trainer. Everybody, it don’t matter. If you’re a Huston Astro, we’re coming.”

Aaron Judge, who is argued to have been the player that would have won the 2017 ALCS MVP if the Yankees won, said this to NorthJersey.com in response to the Astro’s championship banner waving in Minute Maid Park. “I just don’t think it holds any value with me. You cheated, it wasn’t earned.”

As stated before, former Reds outfielder Pete Rose is looming to be reinstated back into the MLB after he was banned in August of 1989 for accusations of gambling on baseball games while he played for and managed the Reds. Now, amidst the commotion involving the Astro’s cheating scandal, here is what he had to say in his petition sent to MLB commissioner, Rob Manfred, reported by USA Today: “There cannot be one set of rules for Mr. Rose and another for everyone else.” This is the second time that Rose has requested for reinstatement in the past 5 years.

Unfortunately, none of us are going to what most of us want to happen to the Astros, that being the confiscation of the titles and MVP awards. You can keep bringing stats, personal testimonies, video, any evidence that would prove the Astro’s cheating but nothing will be done. Yes, the Astros cheated and stole signs for the 2017 and part of the 2018 season, but even though they did, the stats don’t prove to it effecting the game very much, except for only a few instances. MLB would have to do something it has never done before. Revoking a championship sounds crazy to do in any sport, but if this would be done, it would only bring more harm than good. It would stain the sport, more than it is already assumed to be, and in today’s world, is something the MLB can’t afford. Plus, if the MLB ever chose to revoke the titles, the rules of the sport would most likely have to be decided upon and argued over again, and former and present players would need to be rectified from their past and existing punishments. The whole controversy of cheating has been in the game for a long time as well, whether anyone wants to believe it or not. Having this “safety net” of not doing anything because what has to be don’t is something that has never happened to chuck all of this up to is going to be the most painless route for the league to take, even though grudges will be held, and many people and players left angry and discontented. Only time will tell what happens with baseball, as the season ticks closer with opening day being less than a month away.