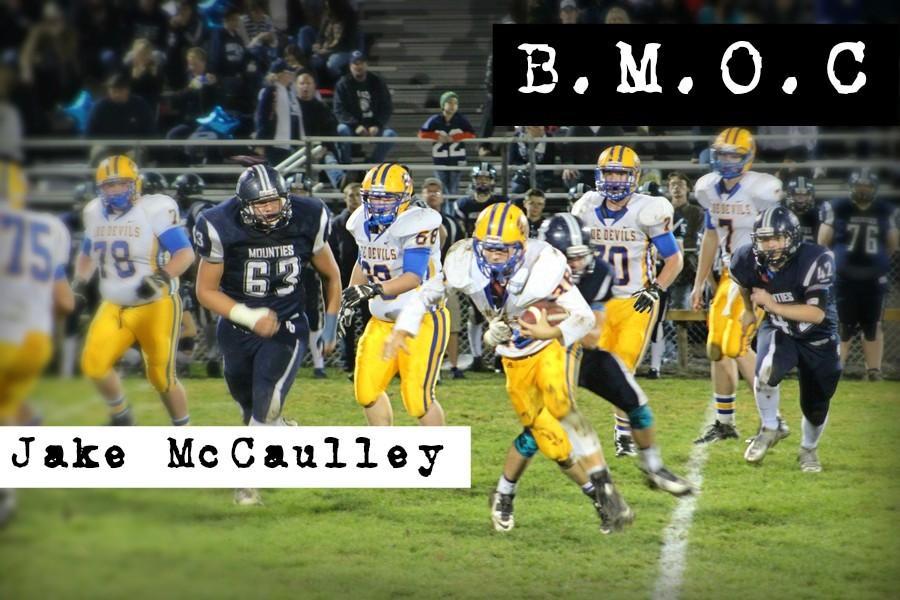 Senior Jacob McCaulley is this month’s Big Man On Campus.

Jacob has been playing football since the age of seven and got his start in the Bellwood-Antis Youth Football League for the North Side Red Devils when his dad signed him up.  He then went from being a Red Devil became a Blue Devil and took it with stride.

Jacob went from being a Red Devil to a Blue Devil”

When asked about how the season went, he said he believes it was not as good as he hoped but he enjoyed it while it lasted.  The varsity football team finished 7-4, making it to the first round of the District 6-A playoffs, losing to Portage.

Jacob’s biggest achievement in football is having the opportunity to play college football and he is excited to move on to the next step in his academic and football career.

“It’s been great to be a part of the tradition and camaraderie of Bellwood football,” he said.

His advice to a younger player would be, “Enjoy it while it lasts because it doesn’t last long.”

Jacob had a couple big games this season.  Against Southern Huntingdon County he had 15 carries for 94 yards.  In the Northern Bedford game Jacob was dominant on defense with nine solo tackles and four assisted tackles.

Some of Jacob’s career totals include 507 total rushing yards, 106 carries and 166 tackles.

Now Jacob is ready to start track and enjoy his last season of running.